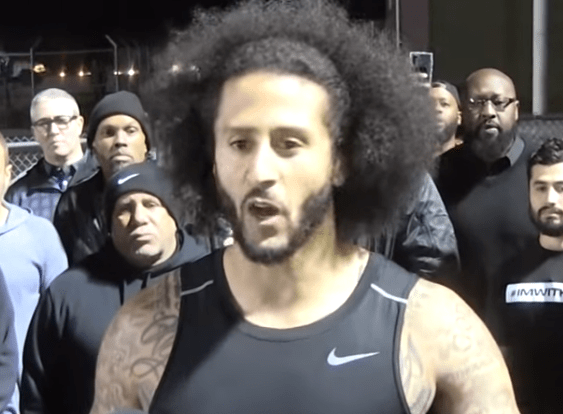 Former NFL quarterback Colin Kaepernick has announced his plans to release a memoir sometime this year through his own company, Kaepernick Publishing. Audible will also release an audio version of the memoir.

“My protest was the culmination of years of thought and experiences, of learning and unlearning. I want to tell the story of my evolution, and the events that led me to protest systemic oppression, in hopes that it will inspire others to rise in action,” Kaepernick said in a statement.

“I am excited that through this groundbreaking partnership between Kaepernick Publishing and Audible, we can elevate Black and Brown voices who can empower future generations.”

Kaepernick was blackballed from the NFL after he protested police brutality and social injustice by kneeling during the pregame national anthem in 2016. He later sued the league, and they settled with him for an undisclosed amount.

In November 2019, Kaepernick worked out for seven NFL teams in Georgia but was not picked up by any of the teams for the season.