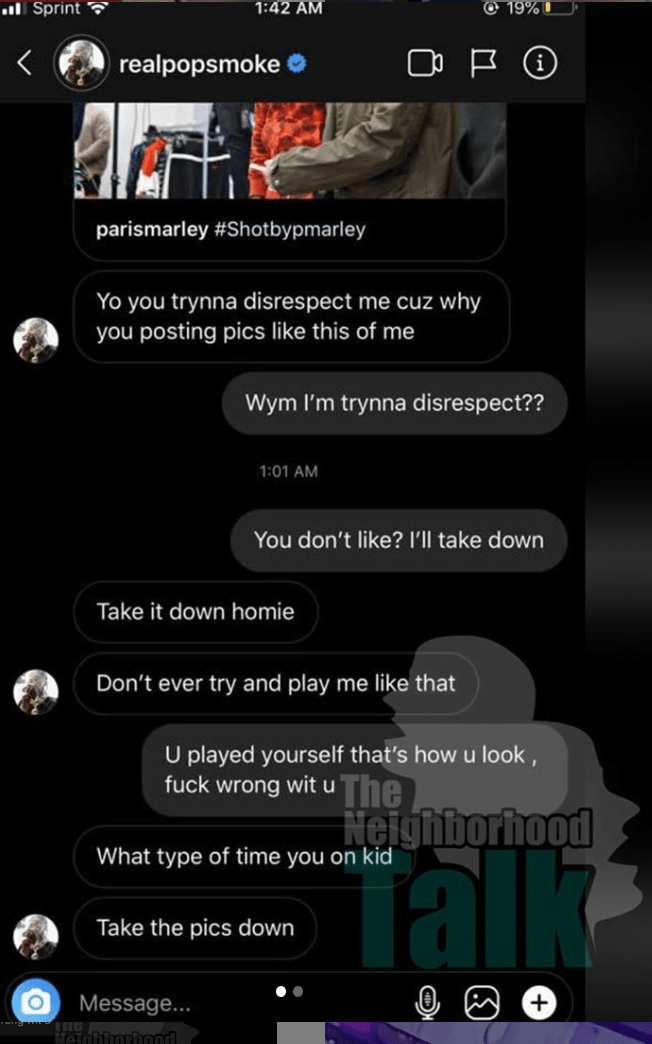 Popular NY rapper Pop Smoke is upset with a photographer, over pics taken at a recent event. Popsmoke confronted photographer Paris Marley, in his DMs, and demanded that Paris take down unflattering photos of him hugging fans.

Pop Smoke didn’t like the pictures, because he thought they made him look “crazy.”

But the photographer didn’t comply. Paris tried to explain that he makes his money by taking pictures, and taking down the pics of Pop would hurt his business. But Pop wasn’t trying to hear any of that, and so he went on Instagram to call him out. Pop went so far as to disrespect the man, telling him to “suck his d*ck”.

Paris Marley then decided to repost Pop’s video AND shared the photos again, calling Pop out for the disrespect.

Here are the pictures and Pop’s response: