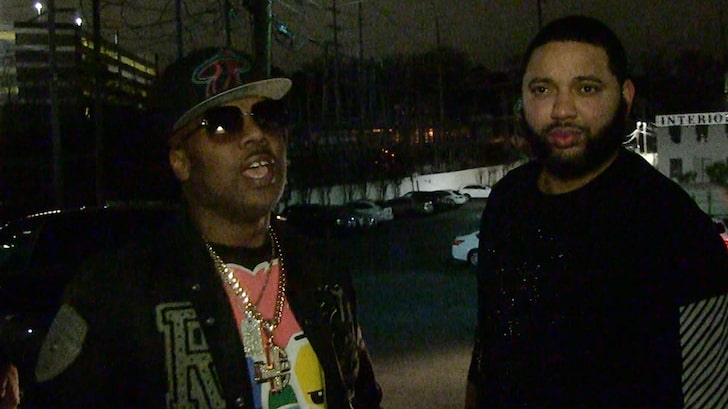 Brandon Casey doesn’t want to dignify the allegations of harassment Mathew Knowles directed at his R&B group with a response … other than to say those involved already know the truth.

If you don’t know … Beyonce‘s dad claimed recently that Bey and Kelly Rowland were “constantly being harassed” by members of Jagged Edge back when they were touring together in the late ’90s, though it was initially misreported as sexual harassment.

Mathew said the harassment caused a rift in Destiny’s Child that led to the original members, LeToya Luckett and LaTavia Roberson, leaving the group.

So, we asked Brandon about Knowles’ accusations as he was leaving Zari in Atlanta Wednesday night … he tells us he has too much respect for Beyonce, Kelly and all the other women involved to dish out dirt on Mathew.

He adds that the truth speaks for itself, and makes it clear he thinks any talk of harassment or sexual misconduct — which again, was never alleged by Knowles in the first place — is ludicrous.

Now … where the party at?