Emilio Estevez is slipping on his ice skates once again … he’s back coaching hockey in a ‘Mighty Ducks’ reboot and is already in character as Gordon Bombay!!!

Disney just released the first images of Emilio and the rest of the cast for its ‘Mighty Ducks’ TV series … and Esteves looks right at home on the ice, with a hockey stick in hand. 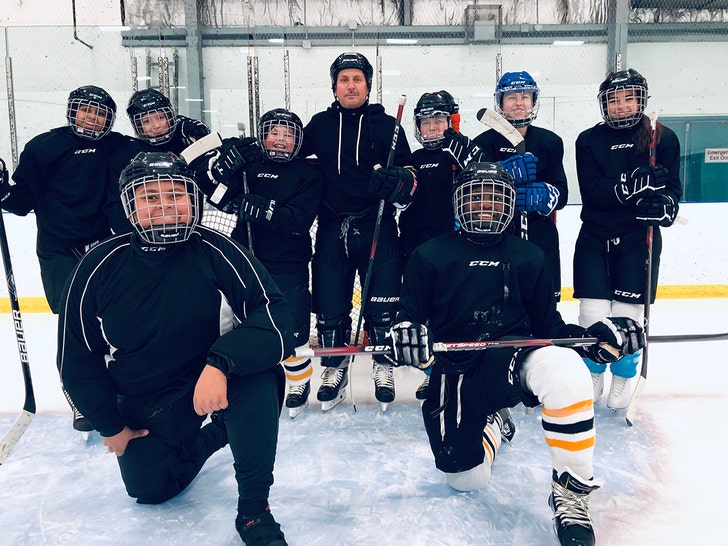 Filming is already underway for the 10-episode TV series, which Disney says is set in present-day Minnesota and features the Mighty Ducks as an ultra-competitive, powerhouse youth hockey program.

Emilio’s gonna reprise his role as Coach Bombay and guide a ragtag group of misfits as they discover the joys of playing for the love of the game. In other words, it’s pretty much the same plot as the 1990s trilogy.

Starring alongside Emilio is “Gilmore Girls” star Lauren Graham and rising child actor Brady Noon … and like any good hockey production, it’s being filmed in Canada.

Unfortunately for ‘Mighty Ducks’ fans, Goldberg isn’t getting in on the reboot … he’s kinda busy with rehab.