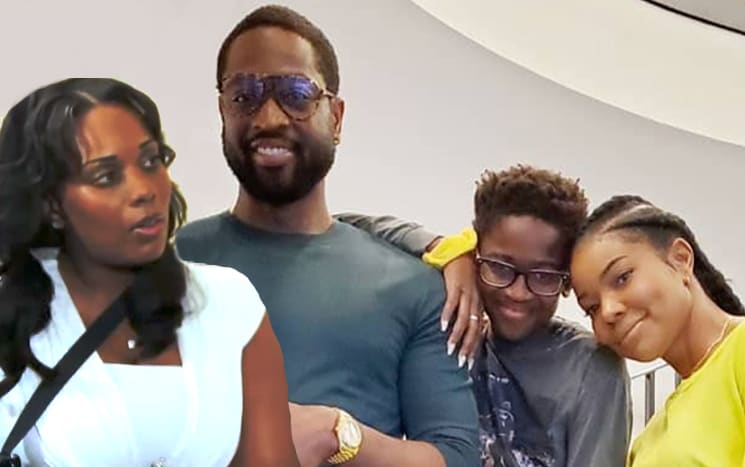 Dwyane Wade and his wife Gabrielle Union made international news this week, after D Wade informed the world that his 12 year old son Zion is now a female, named Zaya.

Well someone aught to tell Zion’s mother Siovaugn Funchess Wade. Because MTO News located Siovaughn’s Instagram, and according to her page – she still refers to Zion as her “son.”

Siovaughn hasn’t spoken out publicly about 12 year old Zion/Zaya, and his gender transition. But she diid post a picture of her two children, Zaire and Zion/Zaya – and her caption suggests that she still believes Zion/Zaya is a male.

MTO News confirmed that the image was posted one month after Gabrielle and Dwyane took Zaya/Zion to Miami’s Gay Pride Parade. That was the first time that Dwyane and Gabby implied that Zaya/Zion may be transgender.

On the image, Siovaughn wrote, “Sons of my love!”

Siovaughn recently got her Phd in Biblical teachings and is a Christian motivational speaker. On her website she writes, “Dr. Siohvaughn L. Funches is a loving mother, renowned public speaker and a now two-time published author . . . She is enriched with the love of God and is a continual support for women all over the globe.”

Also on her site, Siovaughn claims that she is a “survivor of domestic violence.” In the past, she accused her ex-husband Dwyane of assaulting her. It’s not clear whether her website refers to alleged abuse from Dwyane, or another man.

Here’s what she wrote: