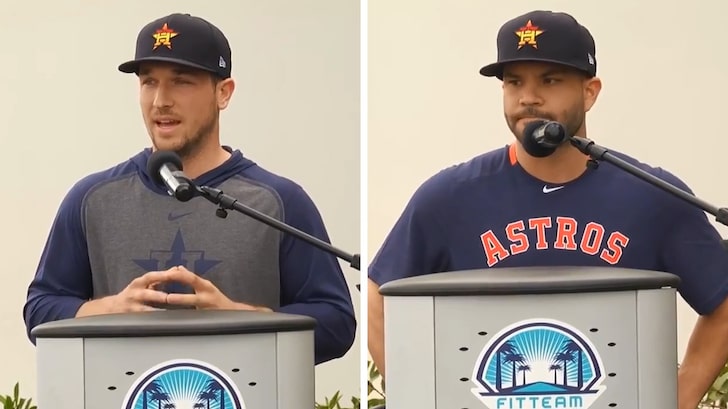 7:36 AM PT — Star shortstop Carlos Correa just opened up about the scandal as well … apologizing for the cheating but categorically denying that players used wearable buzzers as part of the scheme.

Ok folks. Correa says they did NOTHING to cheat in 2018 or 2019. Absolutely not buzzers. Code breaker thing…though. He said that might have been happening? But no cameras, no buzzers, they were just talented players who played fair and straight up trying to #TakeItBack. HA cmon pic.twitter.com/GT2idDLozp

The team was found to have illegally stolen signs from opposing catchers and pitchers in the ’17 season … but ‘Stros players were BLASTED this offseason for never officially apologizing.

But, Bregman and Altuve just changed that with brief statements out at Houston’s spring training camp … with the two megastars admitting they screwed up.

“I’m really sorry about the choices that were made by my team, by the organization and by me,” Bregman said, “I’ve learned from this and I hope to regain the trust of baseball fans.”

Altuve added, “I want to say that the whole Astros organization and the team feel bad about what happened in 2017. We especially feel remorse for the impact on our fans and the game of baseball.”

Houston owner Jim Crane reiterated his players will NOT be punished for their roles in the sign-stealing scheme … placing the blame squarely on team officials — a la Alex Cora and A.J. Hinch — instead.

For his part, new manager Dusty Baker said he hopes MLB fans will accept his players’ apologies and “forgive them.”