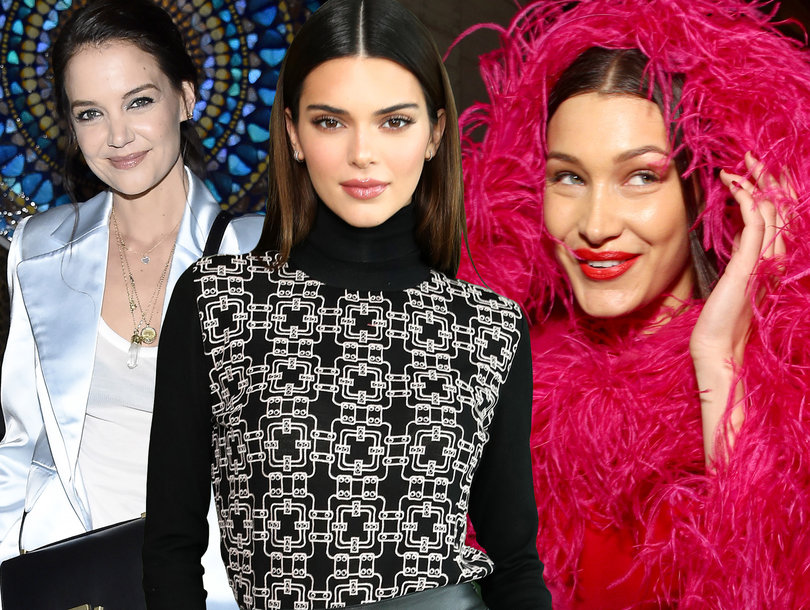 In fact, the entire trilogy was a set up for next week’s climactic confrontation at the cabin across two separate timelines. Well, it may not be so much a confrontation as a much-needed stress reliever in the present time, though there may be some tension as Randall, Kate and Kevin must face their own demons.

But it’s definitely going to be one hell of a confrontation in the flashback sequence we’ve been setting up since this trilogy started. Kate’s record store boyfriend Mark has been a ticking time bomb since we first met him on this show, and we found ourselves dreading what he might have in store for young Kate when they got there.

It turns out we didn’t even have to wait for them to get there to get a better glimpse of what he was capable of, and it’s definitely not pretty. So far, it’s not as horrific as we imagined, but it’s still definitely awful and he is definitely a terrible person who deserves whatever is coming its way.

And it is coming, as we got deeper insight into the conversation Rebecca had with Kate on the phone that spurred her into action, with no hesitation from Randall and Kevin.” Jack was right in the deepest flashbacks as he let Kate tell him a bedtime story which was all about her love fro her mother. Rebecca is the one who’s the real superhero.

Jack may be the flashy father figure with the grand gestures and was certainly great in his own way, but Rebecca is the glue that binds this family, and she does so with an incredible strength, compassion and instinct that is second to none.

With Toby waffling about going on the blind retreat, Kate simply uninvited him (right in front of him), and then took Rebecca up on her offer to join. Theirs has always been a complicated relationship. But as Kate is getting older and becoming a mother, she’s gaining a new appreciation for Rebecca.

And yet, Rebecca will never stop being in Kate’s corner, urging her to step outside of her comfort zone and be the strong woman Rebecca knows she’s capable of being. It happened again when Kate opened up about Toby’s difficulties in being father to a blind child and Rebecca knew just what to do. She needed to get Kate back in the water because the pool was always her favorite place growing up.

And she knew the perfect way to convince Kate to throw away her insecurities and anxieties, by simply acknowledging the reality of their situations and make sure Kate understands that just because it is does not mean it is bad. This was a powerful statement for Kate to have to hear as many times as it takes … and at least this one time, it worked.

At the same time, Rebecca showed tremendous faith in Toby, who she knows is probably the best man Kate has ever dated (certainly better than Mark!). She also understands that sometimes people struggle and that it’s okay to be stern with them you need them to step up and be there for you.

People can get so lost in themselves they forget the reality of other people around them. Toby, lost in his sadness and fears about Jack, is losing sight of Kate as an individual, as a partner and as his co-parent. He needs to snap out of it, and sometimes it takes a stern hand to make it happen. But one swung with love.

This is the message Rebecca gave her daughter, that it’s okay to give Toby some tough love and tell him he needs to step up. You must also be ready to face whatever consequences may come, but Rebecca has a good feeling about Toby. And she’s proven to have pretty good instincts about the men Kate brings home.

That Is an Idea

What an impossible situation Rebecca found herself in when Kate publicly brought up the idea of opening up the cabin for the season with Mark. She was right in suggesting to Rebecca that it was unfair to be more strict on her love life with Kevin married and Randall practically living with Beth.

But Rebecca was seeing things that Kate wasn’t, blinded as she was by her own insecurities and low sense of self-worth to the point that Mark simply saying he loves her was enough to overlook all of his shortcomings because who has ever loved her before, and who ever would?

Throughout the episode, we saw red flags of Mark’s behavior toward Kate, with him fat-shaming her while eating chocolate in front of her and worse. Rebecca saw only the edges of his quick temper and anger as he revealed he’d quit his job at the record store, but it was enough. But teenagers are defiant by nature, and bull-headed in their certainty they’re right, so there was no way to win this one.

We love that Rebecca’s reaction to her diagnosis of mild cognitive impairment is a new sense of joy in life. Rather than be sad or worried about the future, she’s decided to embrace life to its fullest. It’s a good look on her, and it’s one that helped her inspire Kate to get into that pool (after hours!) and open up about her own struggles.

“I’m not sweating the small stuff,” Rebecca told Kate after revealing her diagnosis. It’s also good that she took this moment to open up with Kate about this, rather than keep it just between her and Randall. It means she’s accepted that this is her reality and there’s no reason to hide from it anymore.

We knew Mark was trouble and we knew he appeared to be angry at Kate a lot, but we had no idea the depths of his rage problems. It’s not just that he ditched Kate on the side of the road in the middle of nowhere on the way to the cabin, but it’s why he did it.

If Mark wants to quit his job impulsively because it’s lame and Terry sucks, that’s his choice. But to get furious at Kate because she’s not sure she wants to quit, too, is asinine and incredibly selfish. And that seems to be the crux of Mark’s anger.

The angry phone call we caught glimpses of in the first two installments of this story was over Kate knowing something more about a song than he did. He was embarrassed, so of course that’s her fault. Pride and fragile ego are at the core of so much male rage.

I Need to Spend Time With My Son

Well, it look like Rebecca’s advice and her instincts about Toby might be true. After Kate basically told him she needed him to step up — with a strongly implied “or step out” — he told her that he would keep Jack when she went to the cabin with her brothers. Toby, for all his insecurities and fears, is a decent man at heart.

And as much as Kate’s words stung, you could see in his body language throughout the episode that he knew he was failing in his role at this moment. He was probably afraid of losing Kate in the process, but unsure what to do. That’s why he was so silent when Rebecca stepped in to go on the retreat.

But here, Kate has given him an ultimatum and a way through. It’s not the easy path as he has to prove himself to her, but it’s a way. And we are so glad that Toby is not only choosing the way, but asking that he be allowed to step up as Kate said. That was key, too, in that he asked her, nearly pleaded with her, to give him this opportunity to do the right thing.

3 tissues (there is hope)

Don’t You Wanna Know What She Wants?

Perhaps the sweetest of the trilogy flashbacks to the young childhood of the Big Three, this one saw Kate telling Jack a bedtime story about a little girl in a vast forest. It was so telling that the story began with a prince, but he disappeared before the little girl found what she was looking for.

On the one hand, it was foreshadowing of the loss of Jack in Kate’s life, but it was also telling as to the true relationship that was the deepest for her. For years, she thought her relationship with Jack was the center of her family world, but it never was. As important as it was, it was Kate and Rebecca’s bond from the beginning that forged Kate into the woman she is becoming.

4 tissues (through the eyes of babes)

If we needed any more proof, it came in the reveal of both sides of the conversation that spurred Rebecca into action. After getting dumped on the side of the road, Kate made her way to a payphone and called home. When asked if everything was okay, Kate did say, “No.”

But then Mark showed up and she tried to tell Rebecca that really everything was fine. She’d not revealed that he’d ditched her on the side of the road, nor did she have to. That single word, and Kate’s tone throughout the rest of the conversation was enough to send Rebecca into superhero mode.

She immediately canceled her birthday dinner and told Kevin that Kate was in trouble. She trusted her instincts, and Kevin trusted hers implicitly (a huge statement about her influence in their lives and how much they believe in her). Randall trusted Kevin and the family was quickly out the door.

This is a monumental statement about the power of love, not as a feeling but as an action. These three people are dropping everything in their life to drive to the cabin based on gut instincts and their worry and love for Kate. That’s the kind of love you want in your corner always. And that’s the kind of love we should all have for those closest to us. The love to drop everything and go.