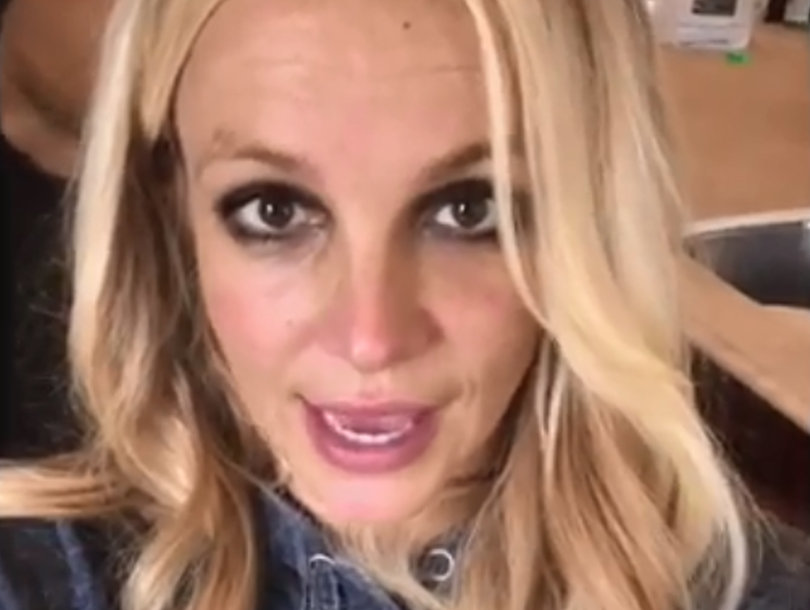 Taryn Manning went public with her concerns over Britney Spears’ well-being on Tuesday in a post that has since been deleted from Instagram.

In the post, which featured the “Orange Is the New Black” star and Spears in a black-and-white image together, Manning said that she was “worried about my friend and co-star.” Spears starred with Manning and Zoe Saldana in the 2002 film “Crossroads.”

“Too many times we let one go a-stray and never bother to poke our heads around,” she captioned the image. “Not my chair, not my problem.”

She went on with her message, adding “Hey, least we aren’t walking into a gas chamber out of left field today #love @britneyspears ❤️ For all of you who hit me daily to do something. I hear you now! We care. Voice away angels this is your playground❤️ can’t phase us anymore. she is my focus. ❤️ loving you”

Manning didn’t go into any further detail as to exactly why she was worried about Spears right now, nor was it clear why she ultimately chose to remove the post from the platform. As screen-captured by The Daily Mail, the post had been liked by more than 32,600 people, including Gabrielle Union.

Fans have been clamoring for Spears in a #FreeBritney movement that is seeking to see her come out from under a conservatorship that has managed her life and affairs for the past 12 years. Until recently, her father Jamie Spears was in charge of that until he stepped down in September 2019 due to ongoing health issues.

Of more immediate concern for fans, the singer has been notably absent from social media in the way they’d been used to interacting with her. Granted, Britney has been busy promoting and prepping her pop-up experience “Britney: The Zone” in Los Angeles, though she has not made a public appearance there, either.

And fans have noticed that the pics she’s been sharing have either been of fans, graphics or notably-dated videos, like a yoga video she shared last week that she captioned “When my tree was still up,” referring to the Christmas tree in the background. Fans are concerned that someone is posting on her behalf.

Spears has largely shied away from the public spotlight after ending her Las Vegas residency in January 2019 because of her father’s illness. In April, she checked into a mental health facility for a month. She’s spent the year dealing with shifts in her conservatorship, with reports that she wants out from under it as well, and custody disputes over her two sons.

In December, she lashed out (sweetly) at the “mean” people of the world, asking for more kindness.

“It’s been hard to keep wanting to share because people say the meanest things,” she wrote of some of the comments she sees on her posts. “If you don’t like a post … just keep it to yourself and unfollow that person!!! There’s no reason to ever go out of your way to make mean comments and bully people!!!”