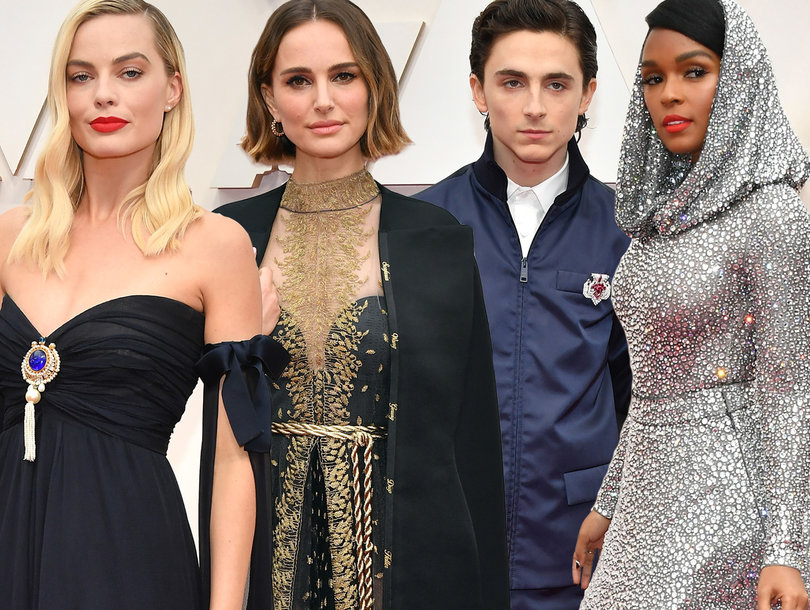 Not everyone was inspired by Natalie Portman’s decision to sport the names of this year’s snubbed female directors down the lapel of her Academy Awards cloak.

The actress and #MeToo activist took to Facebook Tuesday evening to explain her stance on the situation, saying she was “not writing this out of bitterness,” but rather “out of disgust.”

“Some thoughts on Natalie Portman and her Oscar ‘protest.’ The kind of protest that gets rave reviews from the mainstream media for its bravery. Brave? No, not by a long shot. More like an actress acting the part of someone who cares. As so many of them do,” McGowan argued. “I find Portman’s type of activism deeply offensive to those of us who actually do the work… I just want her and other actresses to walk the walk.”

She claimed Portman has “worked with two female directors in your very long career — one of them was you.” The Harvey Weinstein accuser went on to also claim that Natalie’s production company, Handsomecharlie Films, “has hired exactly one female director — you.”

However, Portman has actually worked with three female directors on feature films, while two were omnibus films with multiple directors: Mira Nair for “New York, I Love You,” Rebecca Zlotowski for “Planetarium” and Vanita Shastry for “The Heyday of the Insensitive Bastards.” Portman has also worked on two short films — “Developing” and “Illusions & Mirrors” — with female directors Marya Cohn and Shirin Neshat, respectively, a music video with Anna Rose Holmer for James Blake’s “My Willing Heart” and two Dior commercials with Sofia Coppola.

“What is it with actresses of your ilk? You ‘A-listers’ (🤮) could change the world if you’d take a stand instead of being the problem,” she went on. “Yes, you, Natalie. You are the problem. Lip service is the problem. Fake support of other women is the problem. As I wrote in my book Brave, what goes on behind the screen, goes onscreen, goes into the world. And it’s a pervasive sickness that needs its own medicine. What you do affects the world, Natalie. As does what you do not do.”

Rose explained the reason she’s “singling out” Natalie is because she’s “the latest in a long line of actresses who are acting the part of a woman who cares about other women. Actresses who supposedly stand for women, but in reality do not do much at all. Of course women in the world will keep buying the perfumes you promote, the movies you make, and think they’re buying into who you are. But who are you?”

McGowan went on, “I was at a Women in Film event that you spoke at once, Natalie. You reeled off depressing statistics and then we all went back to our salads. I quickly realized you and the other women speakers (and that joke of an organization) are just… frauds. You say nothing, you do nothing.”

“There is no law that says you need to hire women, work with women, or support women. By all means, you do you,” she said. “But I am saying stop pretending you’re some kind of champion for anything other than yourself.”

Rose promised to keep “raising my voice and fighting for change without any compensation,” because to her, “that is activism.”

“Until you and your fellow actresses get real,” she concluded, “do us all a favor and hang up your embroidered activist cloak, it doesn’t hang right.”

For her part, Portman said on Sunday’s red carpet that she “wanted to recognize the women who were not recognized for their incredible work this year in a subtle way.”

Among the ladies whose names in script ran down the hem of the actress’s structured black cape — which hung effortlessly over her shoulders and atop her black-and-gold Dior gown — were Lorena Scafaria (“Hustlers”), Lulu Wang (“The Farewell”), Greta Gerwig (“Little Women”), Marielle Heller (“A Beautiful Day in the Neighborhood”), Alma Har’el (“Honey Boy”) and Céline Sciamma (“Portrait of a Lady on Fire”).

TooFab has reached out to reps for Natalie Portman regarding McGowan’s post.