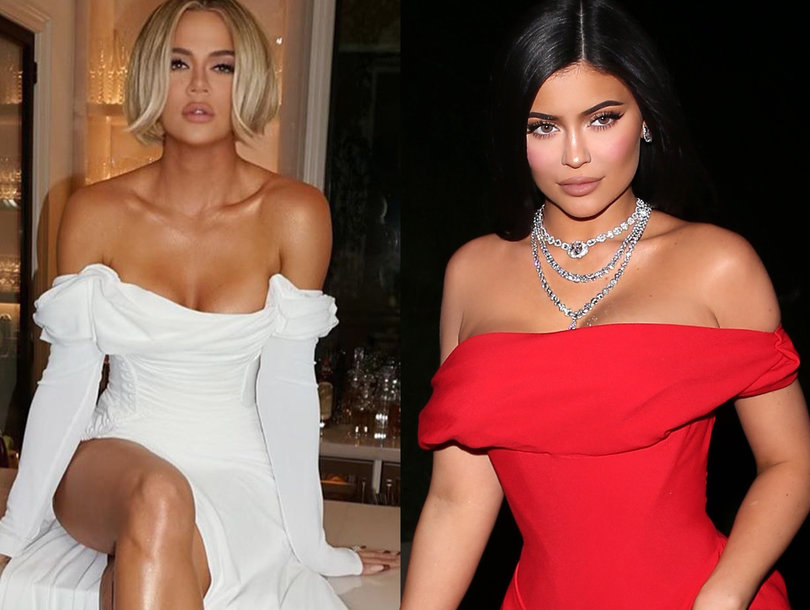 There are few people in this world who can make a girl happier or angrier than her sister.

Just ask Kourtney and Khloe Kardashian, who are still — albeit jokingly — bickering over what transpired on Oscars night Sunday.

On Instagram Tuesday, Kourtney, 40, called out Khloe, 35, claiming her younger sister had “ditched” her while they were at an Academy Awards after party. Sharing a series of stunning photos of them together from that night, the Poosh founder captioned the images, “Date night, even though she ditched me half way through.”

The mom of three tagged the Good American founder, who responded in the comments section, “Gluten fraud!” — an apparent dig at Kourtney’s past gluten-free diet. Khloe added in a second reply, “Still not feeling you.”

But it was actually the mom of one who expressed initial disappointment in her sister, complaining that Kourtney “ruined” her night.

Tagging the youngest of the brood, sister Kylie Jenner, who was also in attendance of the party, Khloe tweeted Monday, “Ugh why did @KylieJenner and I allow @kourtneykardash to ruin our night last night? Ugh.” She added in a second tweet, “Oh @kourtneykardash!!!!!!”

Ugh why did @KylieJenner and I allow @kourtneykardash to ruin our night last night ? Ugh

Though the root of the sisters’ mock feud is unclear, whatever happened must’ve taken place while at the party because they were relatively complimentary of each other via their Instagram Stories on their way to the event.

In a since-expired video posted by Khloe, she could be heard calling Kourtney a “gorgeous girl” while they rode in a limousine together. “Date night with my sister work wife @kourtneykardashian,” she captioned the clip.

In another since-expired video posted by Kylie, 22, Kourt was seen snacking from a bag of Kings Hawaiian sweet rolls while sitting next to Jenner’s baby daddy, Travis Scott. “It be your own family sometimes,” the makeup mogul wrote atop the footage.

We can only hope whatever went down this weekend will be featured on a future episode of “Keeping Up with the Kardashians,” although we won’t be taking it that seriously.