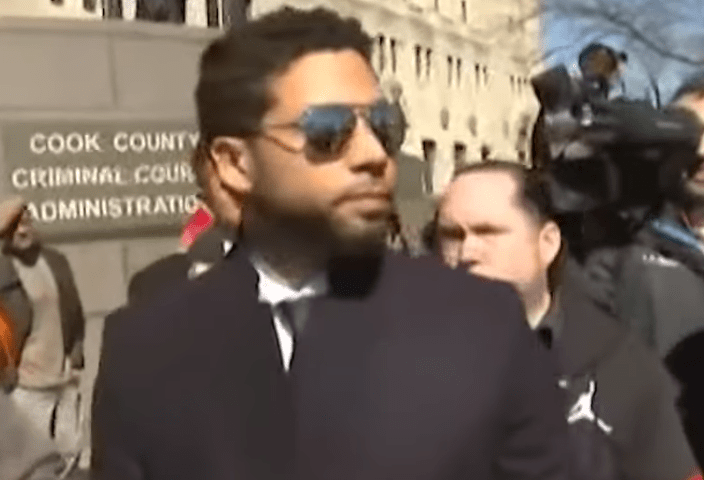 More bad news for actor Jussie Smollett, who has been charged on six counts of disorderly conduct for allegedly lying to police over the now -infamous hate crime hoax which took place in January 2019.

On the night of the attack, Smollett claimed white male Trump supporters attacked him, but after investing, he was charged with 16 counts of disorderly conduct before the charges against him were abruptly dropped.

The city of Chicago then sued him for the overtime, and that case is still ongoing, but even after bringing in a special prosecutor — it seems that Smollett appears to be guilty of something in their eyes.

Cook County special prosecutor Dan Webb alleges that Smollett “planned and participated in a staged crime attack,” and then “made numerous false statements … reporting a heinous hate crime that he, in fact, knew had not occurred,” Webb said in news release.

Smollett has always denied the charges against him.