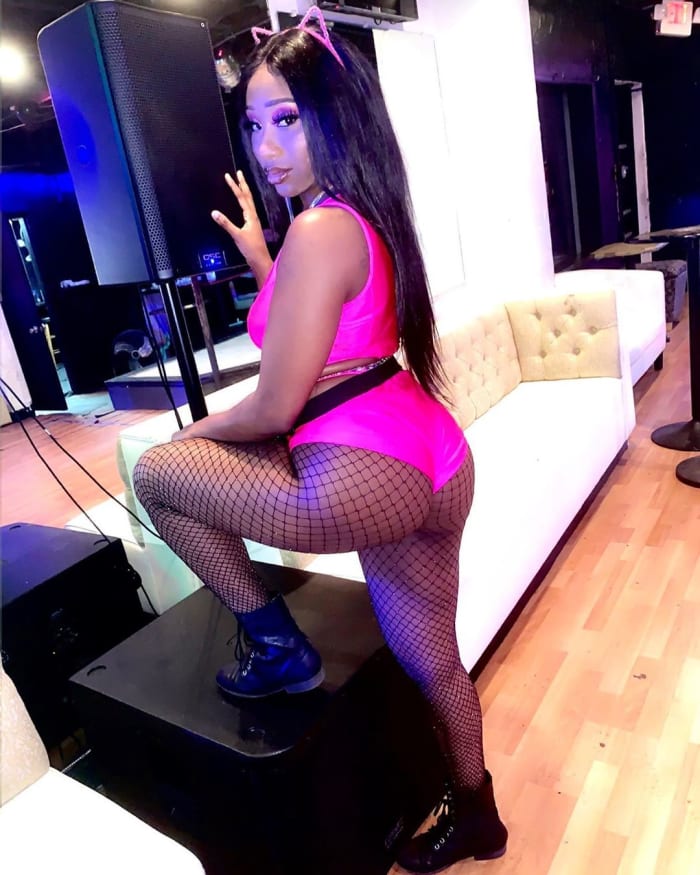 Rapper DaBaby has a baby on the way, by one of his side chicks.

DaBaby is considered by many as the #1 rapper out today. But his girlfriend MeMe is calling him the “#1 capper” on the internet.

On Tuesday, MeMe put DaBaby on blast on Instagram, and accused the “Suge” rapper of impregnating another woman. Last week, Da Baby and MeMe were on top of the world and looked like a happy couple, as they flew to the Superbowl via private jet along with their daughter.

Now just one week later, their 4 year relationship looks like it may be over. And it’s all because MeMe went through DaBaby’s phone and found some suspicious text messages.

MeMe leaked the incriminating text messaging between DaBaby and his alleged baby mama-to-be. According to MeMe, DaBaby and his side chick are expecting a child together.

And we have pics of the alleged baby mama-to-be. She went on IG yesterday, showing off herself:

“And speaking the truth does not mean I am not a GOD FEARING WOMAN, this is why we are here today,” MeMe wrote in response to some criticism from some of the rapper’s fans. “Never be afraid to speak about what is right and what’s wrong.”

Here are the text messages: