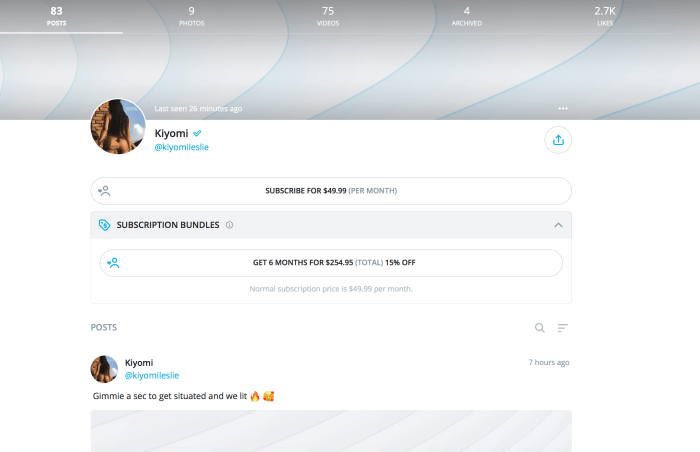 The two eventually split, and Kiyomi was not invited back to film on the show’s current season.

Well MTO News did a bit of digging, and it turns out that Kiyomi is still in front of the camera. But this time, it’s a lot more scandalous.

It appears that Kiyomi created a page on the adult website Onlyfans.com. Onlyfans is a website where women post explicit videos, that are only available to their paid subscribers.

MTO News has confirmed that the page @kiyomileslie first appeared on Onlyfans a few months ago. And explicit video, which appear to show Kiyomi, quickly populated the site.

Here is a screenshot of the page:

This morning a video – purportedly taken from her Onlyfans account – appeared online. And the video is very graphic.