4:14 PM PT — We’ve obtained photos of BJ’s truck inside the auto body shop where it was sent after the accident. We’re told the damage on the truck indicates the tire blew, causing BJ to crash into an embankment on the driver’s side … it does not appear the truck flipped, as was first reported. 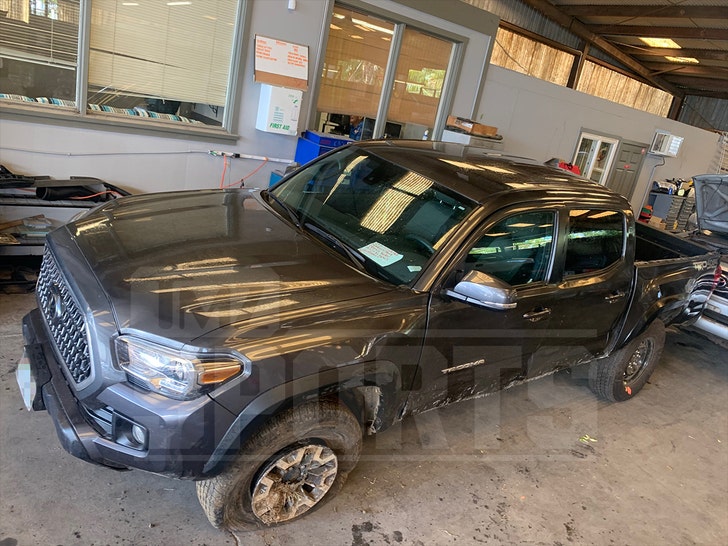 As far as the investigation, cops say, “There are several cases that include operating a vehicle under the influence of an intoxicant, consuming or possessing liquor while operating a motor vehicle and inattention to driving.”

Penn, however, has not been charged with anything, the police statement continues, “When the investigation is completed it will be routed to the Office of the Prosecuting Attorney for screening and potential charging.”

More trouble for former UFC star BJ Penn … the fighting legend is reportedly under police investigation for DUI after crashing his truck in Hawaii last week.

Police in Hilo tell Big Island Now, Penn was driving a black Toyota Tacoma pickup at around 7 PM on Feb. 7 when it crashed along a main highway.

Cops say a 911 caller indicated 41-year-old Penn had been speeding … and say the crash was gnarly, with the truck losing control and flipping into an area near a mall.

TMZ Sports has learned Penn was taken to the hospital after the accident … but we’re told he’s okay and was released shortly after.

It’s the latest in a string of recent issues for Penn … who was at the center of TWO street fights in Hawaii the last couple months. Most recently, he got knocked out in a slug-fest outside the Lava Shack on the Big Island in a fight captured on video.

Things have gotten so bad for Penn, at least optically, UFC honcho Dana White said he will never allow Penn to fight again in his league.

“What I saw in that video was sad,” White said of the footage of Penn brawling in the Hawaii streets … “And, I love the kid and I hope he gets his life together.”

“If BJ Penn needed me, all he needs to do is pick up the phone and ask.”