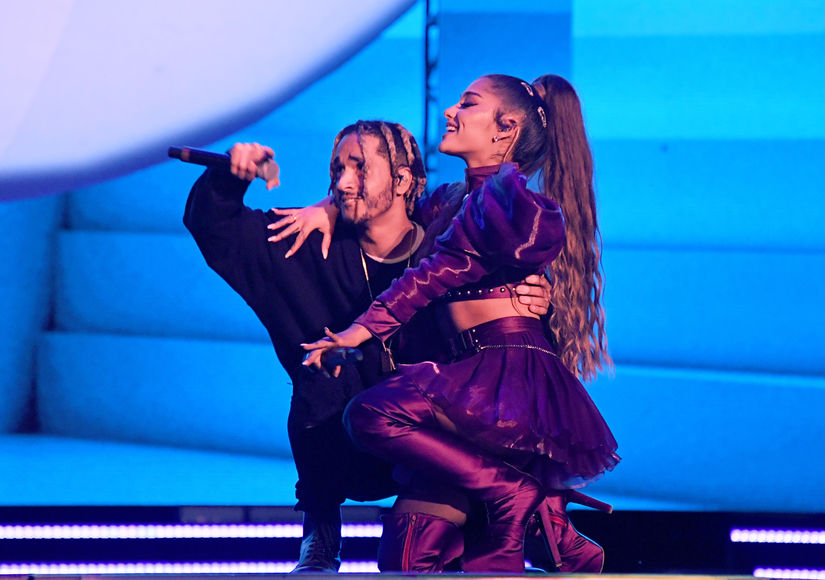 Over the weekend, Grande was spotted kissing a mystery man at a bar in Northridge, 30 miles outside of Los Angeles, in video obtained by TMZ.

According to the site, Grande, 26, and her group of friends made their grand entrance at Bar Louie around 1 a.m. on Saturday night.

Eyewitnesses noted that Ariana and her friends were there for 30 minutes. While some of her pals were reportedly drinking wine and other beverages, Grande stuck to water.

The outing comes just a week after Ariana and Mikey hung out at Disneyland in Anaheim, where they got their adrenaline pumping with thrill rides like Star Wars: Galaxy’s Edge area and the Guardians of the Galaxy ride.

Along with hooking arms, a source told E! News that they looked “very attentive and relaxed in each other’s company” while spending time at the amusement park for two hours.

Ariana’s brother Frankie recently insisted that they aren’t in a relationship, telling Us Weekly, “She is single.”

A few weeks ago, Mikey gushed about working with Ariana on their hit song “Boyfriend.” He told “Extra” at the Grammys, “She’s definitely an artist that you have to kick out of the studio because she’ll stay there the whole time and continue working.”

Band member Charles “Scootie” Anderson added, “She is one of the most amazing people we’ve ever met. She literally records her own vocals and mixes it together and everything.”

In the past few years, Grande has linked to Pete Davidson, Big Sean, the late Mac Miller and backup dancer Ricky Alvarez.