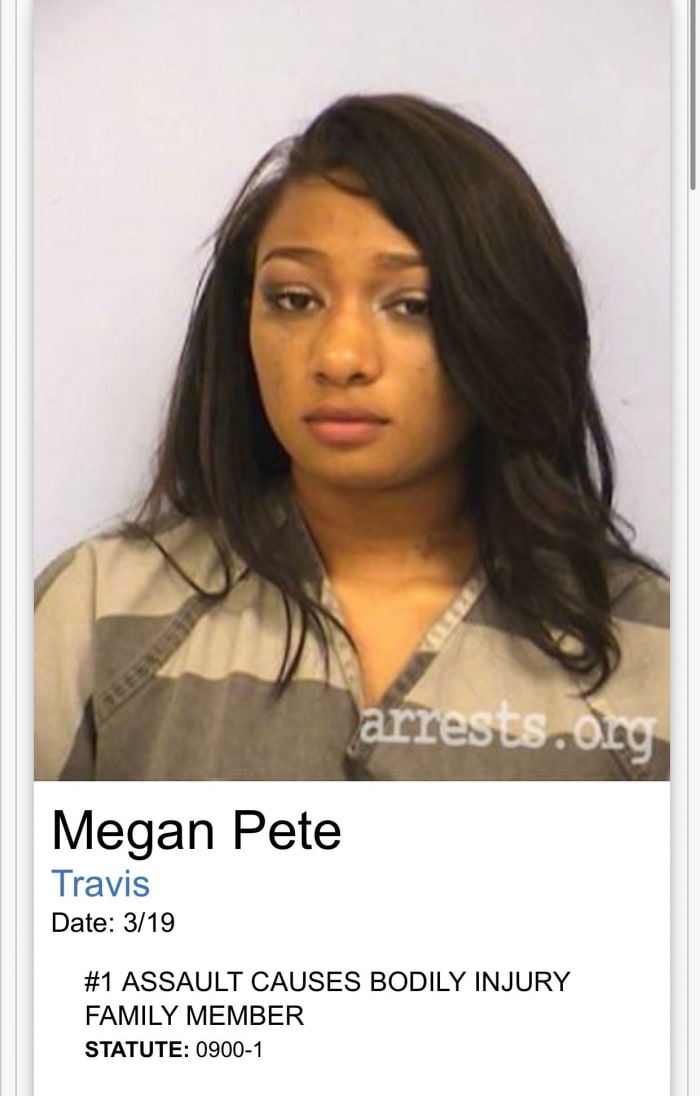 Megan Thee Stallion was arrested and charged with attacking a family member and causing bodily injury, MTO News has learned.

The incident occurred a little less than a year ago, just before the “HOT GIRL” blew up on the scene. Megan’s past has been largely unknown to her fans. But the female rapper calls herself a “good girl” who “attended college”.

Well she also spent some time behind bars.

And MTO News has exclusive details on exactly what went down – and what charges Meg was facing.

We did some legal research, and Megan was arrested in Austin and faced assault that causes bodily injury to a family member. She was held at the county jail, before being bailed out.

Luckily for her, the family member she allegedly assaulted failed to show up in court, and charges were eventually dropped against her.

So who was Megan fighting and why? No one knows, and Megan clearly isn’t talking.

But March 2019 was a very rough month for the female rapper. Megan Thee Stallion’s mother, Holly Thomas, died in March 2019 from a longstanding cancerous brain tumor. And Meg’s grandmother died the same month.