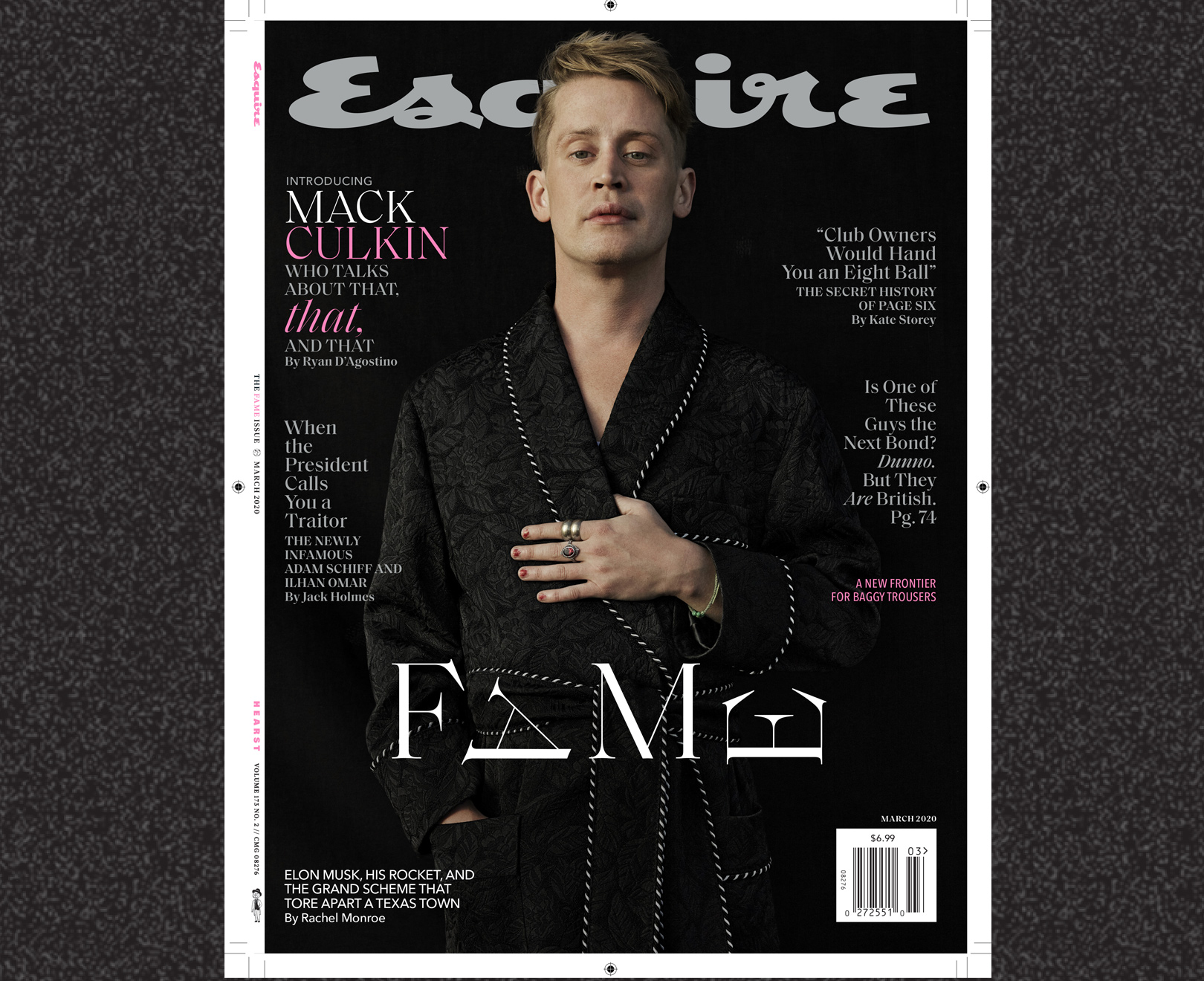 Macaulay Culkin has opened up about his close friendship with Michael Jackson.

The former child star, 39, formed a bond with the international superstar after the success of 1990’s “Home Alone,” spending time hanging out at the singer’s Neverland Ranch. After several allegations of sexual misconduct between Jackson and underage boys arose, with some alleged incidents supposedly taking place at Neverland, many have looked to Culkin to comment on the situation.

“Look. I’m gonna begin with the line — it’s not a line, it’s the truth: He never did anything to me,” he told Esquire in a new interview. “I never saw him do anything.”

Jackson died in 2009 from an overdose of propofol.

“And especially at this flash point in time, I’d have no reason to hold anything back. The guy has passed on,” Culkin continued. “If anything — I’m not gonna say it would be stylish or anything like that, but right now is a good time to speak up. And if I had something to speak up about, I would totally do it. But no, I never saw anything; he never did anything.”

Culkin’s friendship with MJ has led to even other Hollywood stars approaching him about the subject, as he recalled the time he ran into James Franco on a plane shortly after the HBO film “Leaving Neverland” was released, which detailed the accounts of two men accusing Jackson of sexual abuse when they were younger.

“I’d bumped into him two or three times over the years,” Culkin said of Franco. “I give him a little nod as we’re putting our bags overhead. Hey, how you doing? Good, how ya doing? And it was right after the ‘Leaving Neverland’ documentary came out, and he goes, ‘So, that documentary!’ And that was all he said. I was like, ‘Uh-huh.’ Silence. So then he goes, ‘So what do you think?’ And I turned to him and I go, ‘Do you wanna talk about your dead friend?’ And he sheepishly went, ‘No, I don’t.’ So I said, ‘Cool, man, it was nice to see you.'”

The “Richie Rich” star recounted the last time he saw Jackson, which was in a restroom at the Santa Barbara County Superior Courthouse in 2005, during Jackson’s trial where he was accused of molesting a 13-year-old boy. Culkin was testifying in Jackson’s defense. Jackson was eventually acquitted.

Culkin said Jackson came into the restroom and said, “We better not talk. I don’t want to influence your testimony.” They both laughed and then hugged, according to the actor.

In the interview, Culkin also spoke of his relationship with Jackson’s daughter, Paris, who is Culkin’s goddaughter, saying they share a “harmless” habit of stealing spoons from restaurants, hotels, etc.

Culkin also gave Paris some advice when she began modeling and acting.