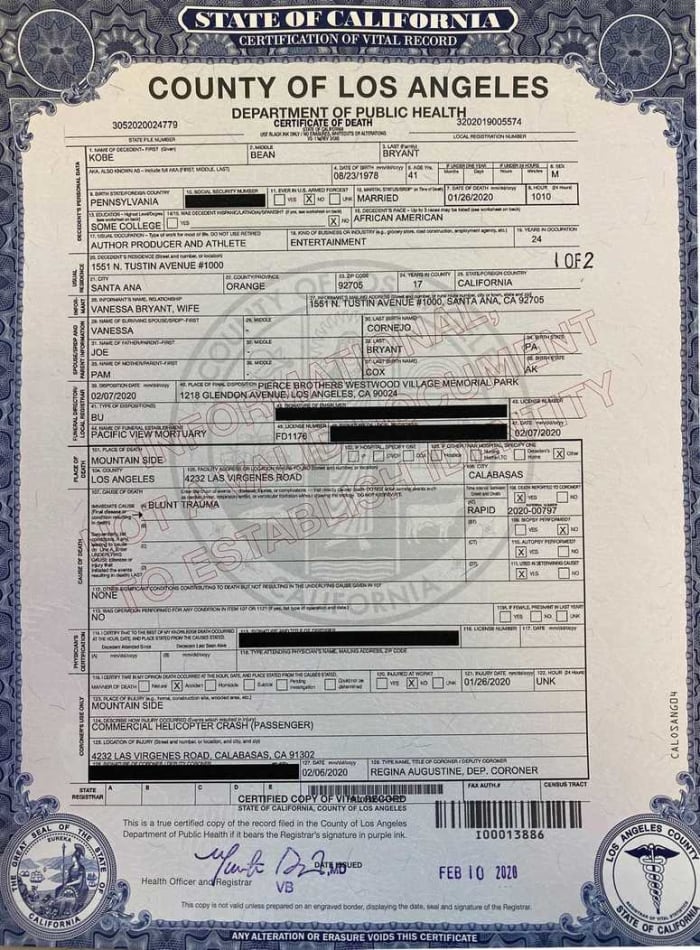 Kobe Bryant and his daughter Gigi’s bodies were laid to rest on Friday, according to multiple sources close to the Bryant family. MTO News spoke with insiders who told us that Kobe’s close family held a small private ceremony on Friday. And it was there that they laid the father and daughter to their final resting place.

MTO News was not able to get details on the ceremony, but we’re told by people close to the family that Kobe’s final resting place is a few miles outside of Los Angeles. We also expect that the ceremony was religious – as both Kobe and wife Vanessa are practicing Catholics.

Our insider’s information appears to be confirmed, by Kobe Bryant’s Death Certificate which was released yesterday.

Kobe and Gigi’s death certificate states that the disposition date for them both was Friday 2/7/2020.

According to California law, the disposition date is the date in which a deceased is buried, cremated or entombed. So according to the death certificate, Kobe and Gigi’s funeral was on 2/7/2020.