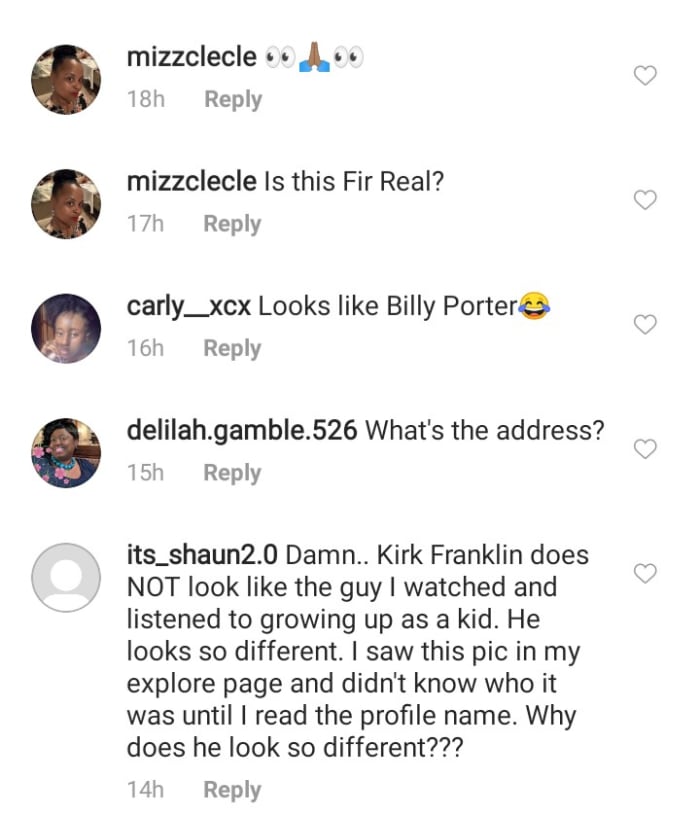 Gospel artist Kirk Franklin is going viral today, after he posted a picture of himself, wearing what some in the Christian community are calling “Effeminate” clothing.

Kirk just turned 50 years old a few weeks ago, and he’s dressing like he’s having a mid-life crisis.

For those not familiar with Kirk Franklin, he is a choir director, gospel musician, singer, songwriter, and author. He is best known for leading urban contemporary gospel choirs such as The Family, God’s Property, and One Nation Crew (1NC) among many others; and has won numerous awards, including 15 Grammy Awards. Variety even dubbed Franklin as a “Reigning King of Urban Gospel.”

Yesterday, he posted this pic – and it garnered a pretty interesting response from his followers.

Kirk Franklin has been plagued with “gay” rumors for most of his career. A few years ago, Kirk threatened an internet troll who suggested the gospel star was secretly gay.

The troll wrote, “I’m sorry this n*gga is a uncover gay and using the church as a cover-up his wife doesn’t look right.” And added, “She looks like a transvestite that’s not a real woman.”

Kirk had the time to respond to the foolishness and kept it simple. “Attack me all you want friend,” he said. “Come for my wife and I will hurt you. I promise.”