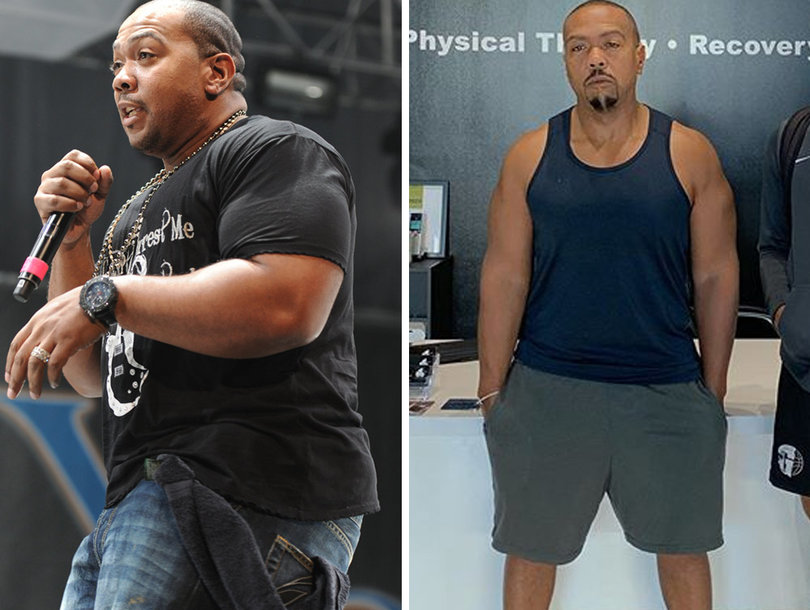 Erica Lugo did the unthinkable when she lost 160 lbs the healthy way. She then did it again when she beat cancer.

The newest trainer on “The Biggest Loser,” which now airs on USA Network, stopped by TooFab in the midst of her big television debut. A 33-year-old single mom from Dayton, Ohio, Lugo’s still getting used to the fame — but says she couldn’t pass up the opportunity that came about organically.

“I lost 160 lbs, and I tracked all of it on social media — the good, the bad, everything. And I’ve just kind of built my own brand over time,” she told us. “The casting producers of the show reached out to me and said, ‘Hey, we have a weight-loss show going on. Would you be interested?’ And I was like, ‘Eh, I love TV, but I don’t know if I want that kinda thing.’ And they said, ‘No, you’ve gotta try out for this.'”

Six years ago, Lugo weighed 322 lbs. She was working as an industrial human resources safety director. Now, she owns her own fitness studio in Dayton. But it was not an easy six years.

In the midst of drastically changing her eating and exercise habits, Lugo became a single mom. She struggled emotionally and financially after the divorce but was able to lose the weight she needed to lose because her mentality has always been: “I gotta survive.”

Just as things were looking up for the fitness trainer, she was diagnosed with stage two papillary thyroid cancer that had spread to her lymph nodes. It was only after Lugo blacked out at the wheel and totaled her car in what should’ve been a fatal accident that an emergency room doctor noticed a small mass on the right side of her neck. She soon ended up in the hands of the physician who would diagnose her, then sobbed uncontrollably in her car as her now-fiancé held her hand.

“You think the worst. No one could ever prepare you to hear the words ‘you have cancer’ or even hear the word ‘spread,'” she told us. In January 2019, Lugo had her full thyroid and 33 lymph nodes removed. Two months later, she underwent radiation for 10 days. “I was literally radioactive,” she recalled. “I couldn’t have my child or my pets around me for 10 days. No one could be within 20 feet of me for 10 days. I had a burn on the whole left side of my body because radiation was eating the cancer from the inside out.”

Though she’s grateful to have made it to the other side after going “through hell and back,” Lugo says thyroid cancer is known as “the pesky cancer,” so she’ll have to keep a close eye on her health in the years to come. Even more of a reason to stay fit.

Lugo is admittedly “not your stereotypical fitness trainer” because “I’m a size 8, I’m curvy, I have a mom belly, I have loose skin from losing weight.” And she falls into the same trap we all do of comparing ourselves to the “perfect” bodies we see all over social media.

But alongside the “perfect” girls are the ones who are proud to be real, unfiltered and “100 percent that bitch.” Yes, we’re talking about Lizzo. But not everyone feels that’s the best approach when diseases like diabetes are often linked to being overweight. Just ask former “Biggest Loser” trainer Jillian Michaels, who recently came under fire for condemning the way the singer celebrates her body.

So we asked Lugo about her thoughts on the matter, and her response was simple: She minds her business.

“I’m not a doctor. So as long as you and your doctor feel that you’re healthy, go for it,” she said. “Health comes in all different shapes and sizes. You never know what someone’s blood work looks like, right? You never know what their lab testing looks like. That’s between them and their doctor, so as long as you’re healthy and you’re curvy or you’re whatever body shape you are, own it.”

“I can’t speak for Jillian; all I can speak for is myself,” she added. “Again, as long as it’s one of those things where you’re healthy and you’re happy, go for it. If someone does not ask me my opinion, my opinion doesn’t need to be said.”

“The Biggest Loser” airs Tuesdays at 9 p.m. on USA Network.