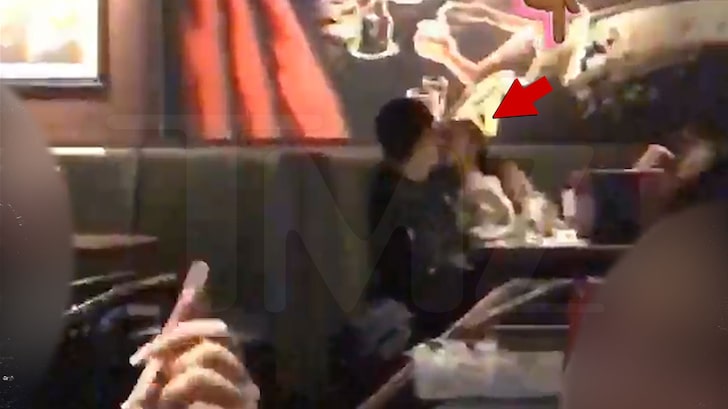 Ariana Grande walks into a bar is how you’d start a good joke, but this time it’s real and ends with our girl locking lips with a mystery man who might not even be all that famous.

The singer was spotted out late Saturday night at a place called Bar Louie in Northridge, CA — which is in the San Fernando Valley … way on the outskirts of central L.A.

We’re told she rolled into the gastropub around 1 AM with a crew of friends in tow, including this gent you see here right next to her in the booth. They popped in, sat down for a bit, and besides the water we’re told AG wanted … she was just all in on this guy’s face.

As for who this fella might be — it’s unclear. We’re told he wasn’t instantly recognizable though … which means he’s not on Ariana’s level (fame-wise, anyway).

Now, eyewitnesses tell us the group only stayed for around 30 minutes, and while some of her friends ordered wine and other drinks … we’re told Ariana wasn’t boozing.

She was, however, in a chatty mood. Our sources tell us there was a DJ nearby who was actually playing Ariana’s song, “God is a Woman,” right around the same time she was there. We’re told AG asked the guy to switch up the tunes … she didn’t wanna hear her own song. 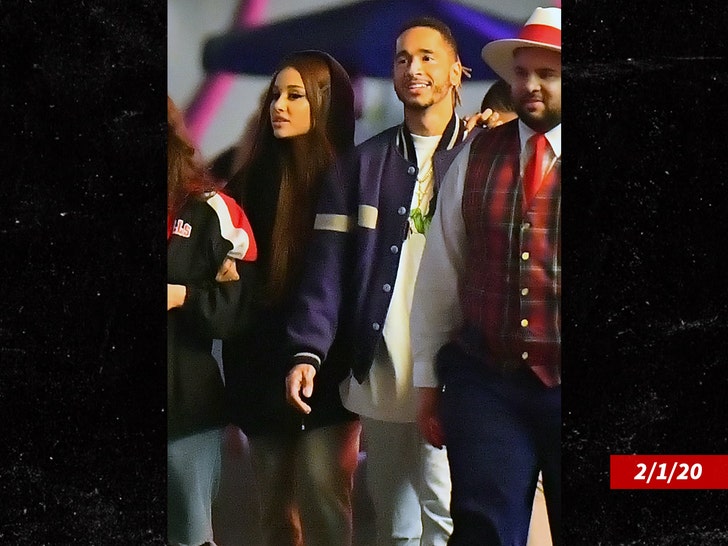 A couple interesting things about this smooching sesh — for one, it doesn’t look like Social House singer Mikey Foster, who’s been romantically linked to Ms. Grande of late … even though we’d been told nothing’s going on there. They hang out a lot, that’s for darn sure.

The second thing … Ariana is apparently a regular in the Northridge area. She was interviewed there for a Vogue article in 2019 and has been seen out and about.

Keep your eyes peeled, valley peeps. AG is on the prowl in your neighborhood 😲