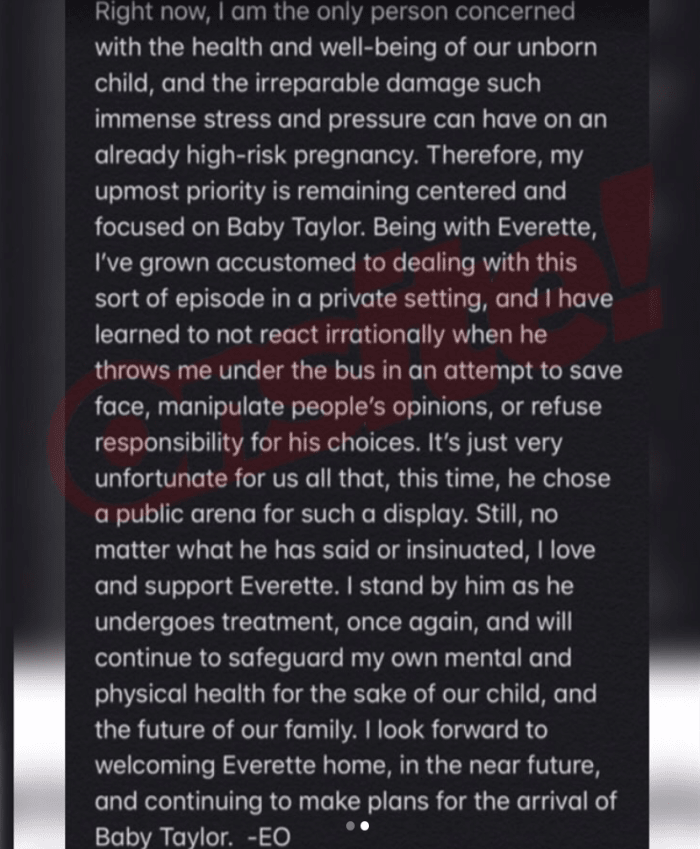 Karrine “Superhead” Steffans is back in the news again. Last week, she announced that tech entrepreneur Everette Taylor had gotten her pregnant and they were in a relationship.

Hours after Superhead’s announcement, Everette feeling exposed – threatened to commit suicide on social media. According to Everette, Superhead is lying on him – and trying to destroy his reputation.

Luckily the police got to him before he could harm himself and he is now recovering from the episode.

Superhead is speaking out in response to her boyfriend’s and alleged baby’s father’s suicide attempt and says her priority at this time is well being of her unborn child.

“Right now, I am the only person concerned with the health and well-being of our unborn child, and the irreparable damage such immense stress and pressure can have on an already high-risk pregnancy. Therefore, my utmost priority is remaining centered and focused on Baby Taylor,” Superhead said.

She also suggested that Everette’s mental breakdowns may be a normal part of their relationship. Despite it all, however, Superhead suggests that she still plans on being with Everette romantically. She told her fans, “I look forward to welcoming Everette home in the near future.”