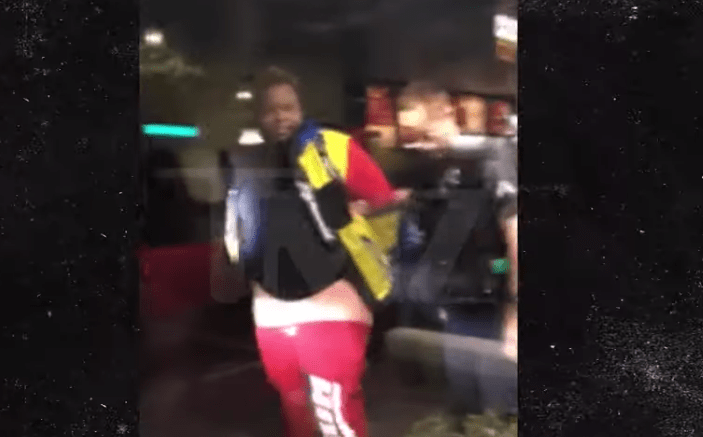 Sean Kingston was detained on Saturday night by the Los Angeles Police Department after they suspected that he might have been armed with a gun.

TMZ reports that the LAPD received a call that a male was “brandishing” a gun while in Dino’s Chicken & Burgers. When they arrived, Kingston stepped out of his vehicle with his arms raised, was placed in handcuffs and led to a police car while another male was forced to the ground.

After being questioned and searched by the cops, everybody was let go, and the cops found no weapons during their investigation. An eyewitness told the outlet that the artist had upset the other restaurant patrons as his vehicle was blocking them in. Kingston reportedly got angry and “began throwing ice cubes at the glass windows of the restaurant, which created a loud noise,” the eyewitness reported.

No charges were filed over the incident.