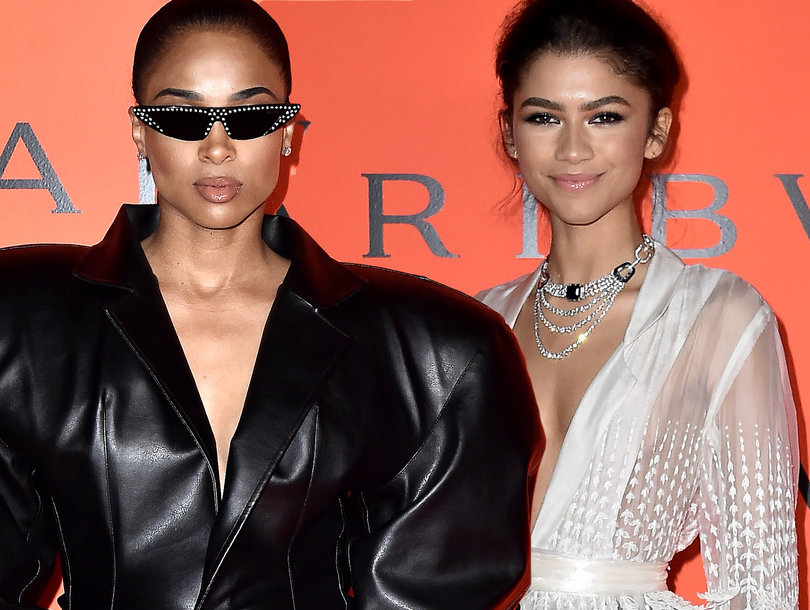 Kenya Moore accused Tanya Sam of trying to “embarrass” and “discredit” her on Sunday night’s episode of “The Real Housewives of Atlanta”.

And then she brought out “the cookie lady” at a cast dinner, to add insult to injury. There’s more than a little backstory here, so we’ll break it down for you.

If you recall, Kenya decided to cryptically bring up rumors that Tanya’s longtime fiancé hit on another woman who owns a cookie shop (“the cookie lady”) while the ladies were in Toronto for Carnival. To be fair, Bravo cameras captured this cookie lady telling Kenya and Cynthia Bailey Paul was “all over” her at a bar.

At the end of the trip, Kenya asked Tanya to bring back with her a box she had left behind at the hotel. The box contained a wig Kenya wore during the trip. Shocked that the queen of natural hair would wear a wig and hurt about the negative talk about Paul, Tanya decided to tell the other women about the wig. She even brought it out to show them.

This brings us to Sunday night. Cynthia and Eva Marcille decided to try and play peacemakers by bringing Kenya and Tanya together to hash out their issues. Last to arrive at the restaurant was Kenya, who said hello to everyone except for Tanya.

“I actually like to look extra pretty when I’m gonna read a bitch,” Kenya said upon sitting down. Tanya’s eyes bulged. “Tanya, that was some bullshit what you did. It wasn’t cute. It wasn’t funny. I am a walking billboard for a million-dollar company [Kenya Moore Hair Care] that I built with my two hands. Now, I don’t know how you’ve made your money — if you wanna get it from your boyfriend, whatever — but the money that I make is from these two hands, okay? Get that straight.”

She added in a later confessional, “I’m like a sleeping bear. I’m cuddly, I’m soft, I’m warm. But if you poke at me and you wake me up, I’m comin’ for that ass.”

“I trusted you to take something and bring it to me,” she told Tanya, prompting Sam to interrupt, “Did you get it back?” Ultimately, Tanya gave the wig to Kandi Burruss to give back to Kenya, but as Kenya pointed out, that is not what she asked Tanya to do.

“Don’t tell me if I got it back or not,” Kenya barked back. “No. The answer’s no. And what you did, Tanya, is that you saw that as an opportunity to not only embarrass me, but to try to discredit me.”

Tanya asked how outing Kenya for wearing a wig while on vacation could possibly discredit her. “We all wear hair, Kenya,” she insisted, but as Kenya pointed out, they don’t all have natural hair care lines to maintain and represent.

“Lemme talk. If you’re gonna talk over me, I’m just gonna leave and we’re not gonna have this conversation,” Moore hurled at Sam. “So you need to be quiet. A very pregnant Eva was staring silently in disbelief. “Tanya is just ill equipped, and I don’t think she was prepared for the wrath that is Kenya. Shit, I wasn’t prepared!” she later said.

“Here’s the thing,” Kenya continued, “if I’m making money celebrating the fact that women can wear their own hair, and if I decide on one day at any point in time in my life that I wanna do a protective style, people don’t remember that you said, ‘I’m gonna wear [a wig] one day.’ They think, ‘Oh, she wears [wigs].’ That’s what it becomes. So now you’re f–king with my business, you’re f–king with how I feed my daughter and myself. So that’s what I have a problem with.”

Tanya tried to bring up the Kenya Moore Hair Care marching band Kenya brought to crash Marlo Hampton’s wig launch party earlier this season, but Kenya had no interest in speaking about that situation.

“We’re not gonna talk about Marlo. Let’s talk about you. The fact is you were a real c–t!” Moore shouted. “You came for me, young lady. You’re bothered by that conversation that we had at the dinner in Toronto. I’ve been told, Cynthia’s been told, many things about your relationship.”

At some point during this heated exchange, the cookie lady appeared, and we finally learned her name: Shiana. Kenya, who clearly invited her, stood up and greeted her with a big hug. Once again, Tanya’s eyes were wide as can be.

“Since Tanya clearly came for me and I didn’t send for her,” Kenya explained to the camera, “I sent for the cookie lady, and now she’s here for Tanya.”

Shiana was ready for war. She told Tanya she was out at a restaurant called Chops Lobster Bar with her sister and two other guys. She claimed she noticed Paul waving frantically at her, trying to get her attention. He apparently followed her to the restroom, where he proceeded to chat her up and ask her to come back to his table to hang out.

“Then we go to the bar. We talked. He told me he was single. He said he did real estate,” Shiana said, prompting a relieved/annoyed Tanya to blurt out, “That’s it?!” Shiana extended her hand and said, “Calm down, baby. I’m not trying to hurt your feelings.” But Tanya didn’t seem too concerned.

“Your fiancé,” Kenya corrected. “It’s her fiancé. When my husband was my fiancé, I would not like him saying he was single.”

Shiana told Tanya that Paul was “adamant” about wanting her to hang out at their table, which Tanya met with a sarcastic “wonderful.”

“Why’s it such negative energy, honey?” Shiana fired back. “Don’t be mad at me because I’m f–king gorgeous and your fiancé just happened to glance this way! It’s not my fault. Don’t be mad at me, honey.”

Twitter found it incredibly ironic that later in the episode, Kenya’s now-estranged husband, Marc Daly, barely let her get a word in edge-wise during a conversation about his upcoming charity event.

See the most savage reactions to everything Kenya-related below, including this post from NeNe Leakes, who didn’t appear in last night’s episode.

I get why Nene thinks Kenya is a demon from the pits hell. #rhoa pic.twitter.com/wHajFVNnqF

Ohhhh Kenya is a nasty lowdown messy bitch!! Karma doesn’t ever forget an address and that’s why her husband dog walking her ass now! She makes me sick! #RHOA pic.twitter.com/LmuXZ1Lyx6

Nah, Kenya you messy as fuck for inviting the cookie lady. I wish she put this much energy in fixing her marriage. #RHOA pic.twitter.com/fXSxeI81Op

I wish Porsha or Nene was at the brunch meeting with Kenya, Tanya and the cookie lady because either one or both of them would have gathered the b*tch to the point of cookie crumbs. #RHOA pic.twitter.com/XkrjCbsF8G

Kenya inviting this cookie lady just shows how bothered she is by Tanya and her happiness. Kenya’s life and marriage is just a hot ass mess #rhoa pic.twitter.com/Jkr6xfja8K

Kenya is really trying to make this wig thing so much bigger than it is. Ate y’all toxic Kenya fans ready to admit this bitch is just miserable? Tanya is a sweetheart and was just joking light-heartedly #RHOA pic.twitter.com/l0pVzfPbGP

Kenya is disgusting!! Girl you wear a wig or extensions so what!! The fact that your intent is to lie and deceive like you’ve never worn either discredits your brand and that’s why I’ll never support you!! You basically have discredited your own brand on this episode #RHOA pic.twitter.com/IJUOblWyRq

Kenya is so unlikeable that she makes me like Tanya a lot. What million dollar company, Kenya?! #RHOA pic.twitter.com/MQ23qDknTl

“The Real Housewives of Atlanta” airs Sundays at 8 p.m. on Bravo.