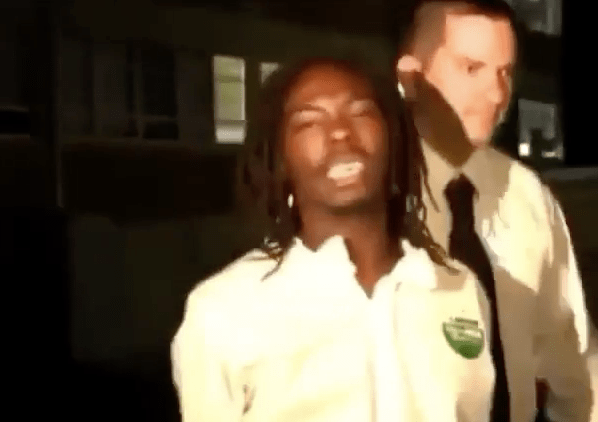 A popular Nebraska rapper confessed to committing a homicide. And he confessed to the possible crime, during freestyle that was done in front of news cameras.

Here is the video showing the rapper confess

The rapper, who goes by the name of Lil D Man, was picked up by the Marion County police department and charged with a homicide. It’s not clear what evidence they had – before he was arrested.

But after he was arrested, the officers now have more evidence to use against the rapper. The Omaha rapper freestyle for the news cameras , and he confessed to committing a homicide.

The rapper started off by saying, “Shout out to the MPD, they caught me.” MPD stands for Marion County Police Department.

After the brief freestyle, where Lil D Man explained how he was arrested and is to be taken to a holding cell, the reporter asked the rapper, “Did you do it?”

Lil D Man incredibly responds with, “Yeah I did it.”

The reporter then asked, “Why did you do it?”

Here is the video showing the rapper confess