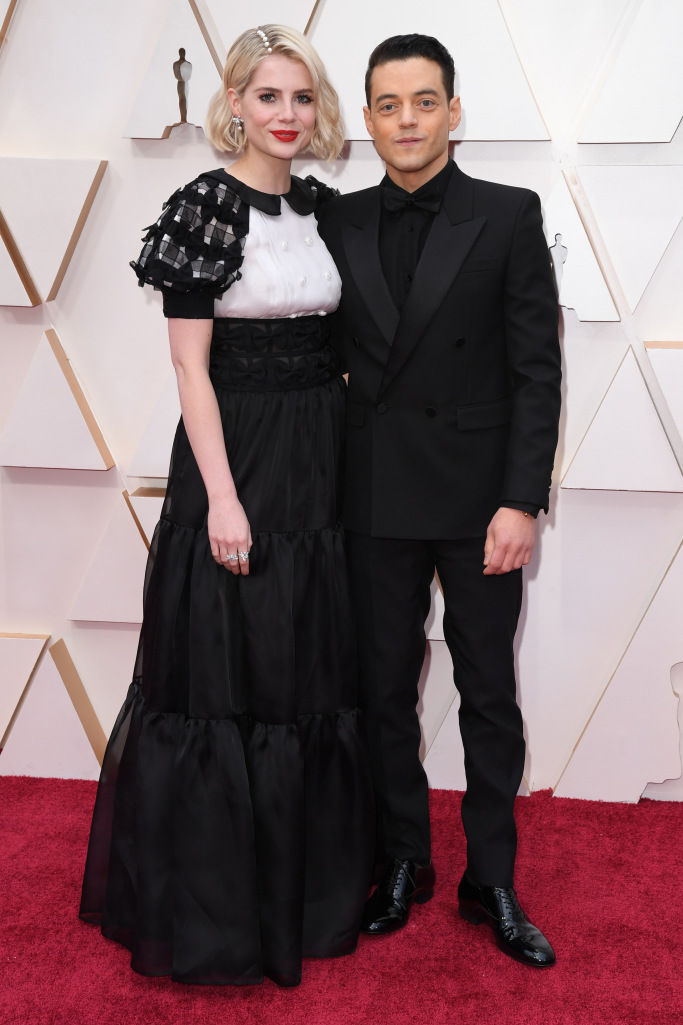 We need more red carpets with these two: Rami Malek and Lucy Boynton’s Oscars 2020 photos are the reason they’re our new favorite couple. The Mr. Robot alum, 38, and the Politician actress, 26, walked the red carpet at the 92nd annual Academy Awards on Sunday, February 9, where they won over our hearts.

Boynton wore a black and white dress with a collar and short sleeves, while her boyfriend dressed in an all-black suit. The Politician actress accented her Oscars look with bow-shaped earrings and pearls in her hair. The two showed minimal PDA on the red carpet, but still looked cute AF.

Of course, this also isn’t the first time Malek and Boynton have walked the red carpet at the Oscars. The two became awards season official in 2019 when they attended the awards show for their film, Bohemian Rhapsody, which was nominated for Best Picture. For the Oscars, Boynton wore a moody, off-the-shoulder purple dress, while Malek dressed in a classic tux.

Malek is a presenter at the 2020 Oscars. The Los Angeles native won Best Actor in 2019 for his role as Queen’s Freddie Mercury in Bohemian Rhapsody. The film is also how he met Boynton, who played Mercury’s former fiancee and muse, Mary Austin. In his acceptance speech, Malek thanked a teary-eyed Boynton for his win. “Lucy Boynton, you’re the heart of this film, you are beyond immensely talented,” he said. “You have captured my heart.” The speech came after Malek was announced as the winner and gave Boynton an intimate kiss from his seat.

In an interview with The Cut in August 2019, Boynton explained why she and Malek keep their relationship private. “I have a lot of respect, and a lot of questions, for those people who don’t seem to have any protective layer and who are absolutely themselves in every scenario. When you are so exposed, the way that you are in the publicity side of our work, I don’t know how you protect yourself if you don’t keep something for yourself,” she said. “I had an interview recently where I was asked such crude and candid questions about my relationship. It kind of forced me to pull way back.”