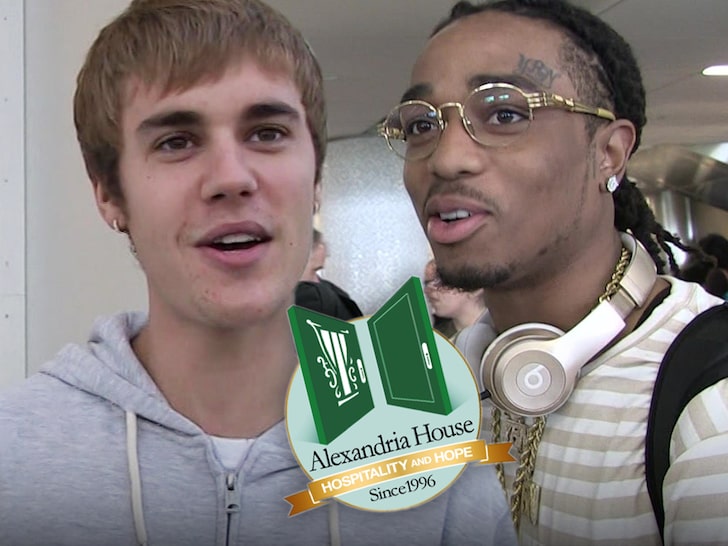 Justin Bieber and Quavo are helping shine a light on a good cause … and their new music video is helping a shelter for homeless women.

Here’s the deal … the music vid for Justin and Quavo’s collab, “Intentions,” tells the story of a group of women in search of a better life in Los Angeles. The women are all living out of Alexandria House, a shelter for homeless women and homeless women with kids.

The video wraps with a special shout-out to Alexandria House … Justin and Quavo say they donated $200,000 to the non-profit… and viewers are directed to a link where they can lend a helping hand.

The response has been pretty amazing … since the video dropped at midnight Friday, we’re told the shelter has received more than $10,000 in donations.

It’s pretty cool … the money is flowing in from all over the world — Italy, Romania and China, etc. — and many of the donations are small, as in the $1 and $5 denominations. There’ve been a few large donations of $1,000 and $5,000, but it’s mostly people chipping in what they can afford.

Alexandria House tells us its website is also seeing a huge influx of traffic … as in, an 800 percent increase in traffic compared to the day before the video dropped.

Justin and Quavo spotlighted 3 women in the video, and we’re told some of the funds are going towards their tuition and after-school programs for their kids, plus a one-woman show for the lady who does poetry.

The rest of the money, we’re told, will aid the 30 current residents and some 200 former residents … so they can buy textbooks, furniture for their new homes and even car repairs.

Ah, the power of Bieber and Quavo.