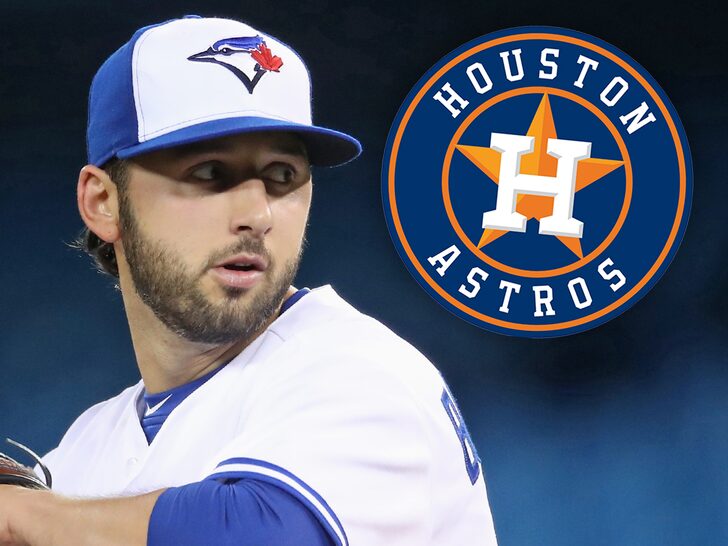 A former MLB relief pitcher says the Houston Astros RUINED his career by cheating to get hits off him in 2017 … and now, he’s suing for a ton of cash.

The man behind the lawsuit is Mike Bolsinger, a former Toronto Blue Jays reliever, who says the ‘Stros cost him a chance at an extended MLB career in a game in Houston on Aug. 4, 2017.

Bolsinger claims during the game, the Astros illegally stole signs off him and his catcher by filming them and relaying the pitches to batters via a “banging” sound from the dugout.

Bolsinger — who gave up 4 hits, 3 walks and 4 earned runs in the .1 innings he pitched that game — says as a result of his disastrous outing, the Jays cut him and no other MLB team wanted him.

The 32-year-old says he was forced to pitch in Japan the past two seasons … calling the Aug. 4 appearance “the death knell” in his MLB career.

But now, that MLB commissioner Rob Manfred has found the Astros DID, in fact, cheat during the 2017 season … Bolsinger is looking for justice.

In his lawsuit, Mike says he wants the Astros to pay for the damages he suffered as a result of the outing.

Bolsinger also wants the ‘Stros to give up all of their 2017 World Series post-season bonuses — which he says are valued at $31 MILLION — to charity.

Bolsinger, who’s currently a free agent, says he’s hoping to get back in the MLB now.