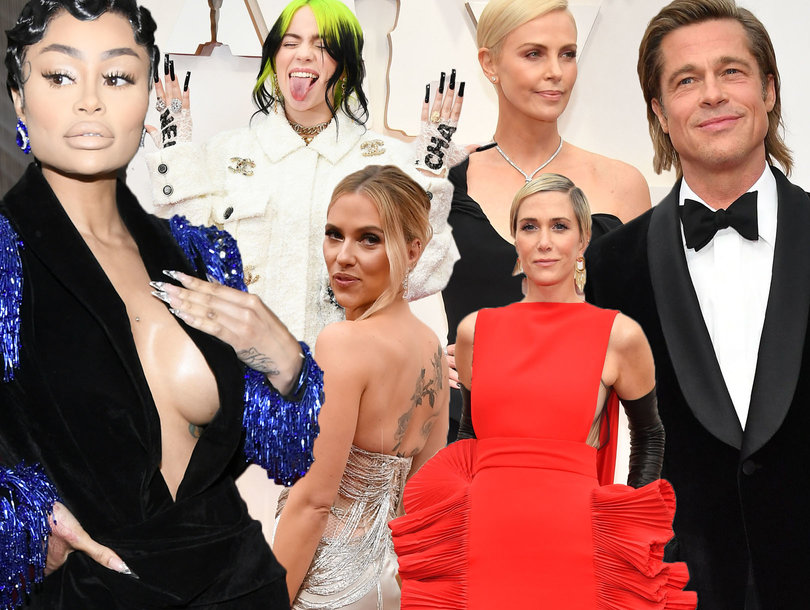 Brad Pitt gave an adorable shout out to his six children while picking up Best Supporting Actor at the Oscars on Sunday.

The 56-year-old matinee idol took home the Academy Award for his role as stuntman Cliff Booth in “Once Upon a Time in Hollywood” at the Dolby Theater in Los Angeles and during his acceptance speech he gave a shoutout to his children — Maddox, 18, Pax, 16, Zahara, 15, Shiloh, 13, Vivienne, 11 and Knox, 11.

“This is for my kids, who color everything I do, I adore you,” he said holding back tears and blowing a kiss. “Thank you.”

Pitt is known to be very private about his children in public, so it was a sweet moment he shared with them as he appeared visibly emotional while on stage.

The star shares his children with his ex Angelina Jolie.

Backstage after his win, Pitt was asked what advice he would give his children if they wanted to follow in his footsteps as an actor.

“Listen, I want them to follow their bliss,” he answered with a smile. “Ya know, follow their passion. Whatever they’re most interested in. And then I think it’s about guiding as you can. But they get to try everything on and find out where their passions lies.”

Pitt also used his time at the podium to make a political statement at the beginning of his speech by saying, “They told me I only have 45 seconds up here, which is 45 seconds more than the Senate gave John Bolton this week,” which was a nod to the impeachment trial of Donald Trump, where the U.S. Senate voted against allowing witnesses, such as Bolton.

He thanked the film’s director Quentin Tarantino for being a beacon of originality in the industry and told co-star Leonardo DiCaprio, “I’ll ride on your coattails any day, man.”

Then he singled out the stunt coordinators and stunt crews for all their hard work before thanking “all the wonderful people” he “met along the way.”

“Listen, I’m a bit gobsmacked. I’m not one to look back, but this has made me do so. I’m thinking of my folks who took me to the drive-in to see Butch and Sundance and loading up my car to come out here,” he detailed.

“Once upon a time in Hollywood, ain’t that the truth.”

In the 1960s-set flick, Pitt’s Booth is the easy-going stunt double for DiCaprio’s fading star Richard Dalton. Booth ends up meeting members of the Manson family in a blood-soaked, drug-addled finale.

Pitt has also been nominated as an actor for “Twelve Monkeys,” “The Curious Case of Benjamin Button” and “Moneyball.” He was also up for the coveted gong as a producer for “Moneyball” and “The Big Short.”