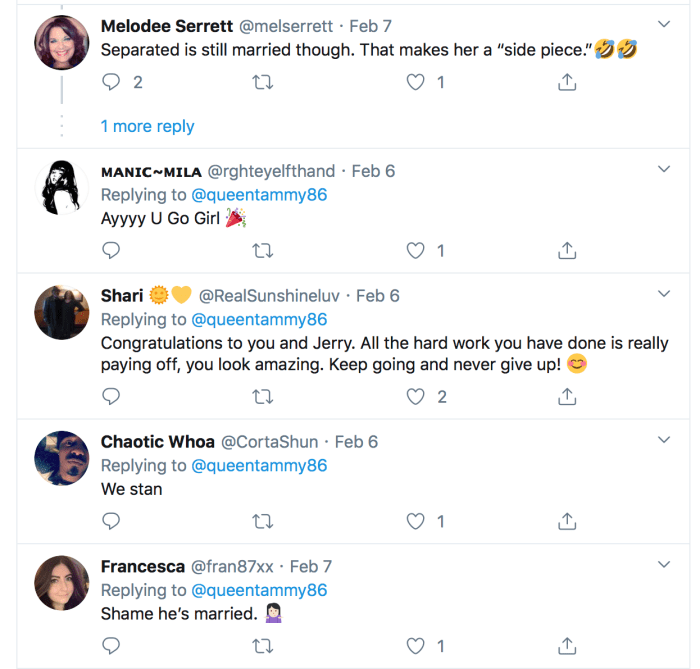 Tammy Slaton is the star of the TLC show 1,000 pound Sisters. She and her sister Amy gained popularity on Youtube, and then took their talents to TLC. The show – which was viewed by more than 5,000,000 people, was one of the network’s runaway hits.

And with stardom comes an INCREASE in your romantic possibilities. Tammy now has a new African American boyfriend – unfortunately for her though, he’s married.

Tammy shared a photo of her new boyfriend and captioned it with “Bae for life ❤️.”

One fan said to her, “I love that you found your 1st love. Girl, it took me 45 years to find mine. I get lonely because he works so dang much. I relate to you in so many ways. Feeling left out hurts.”

But another fan spilled some tea on Tammy’s new man – he’s married.

The fan told Tammy, “But he married, soooo you really aren’t anything to him.”

Tammy didn’t seem to be bothered that her new bae got a wife. She responded, “Are you aware that I do know he is married and his wife is very sick so you ain’t telling me nothing I don’t know.”