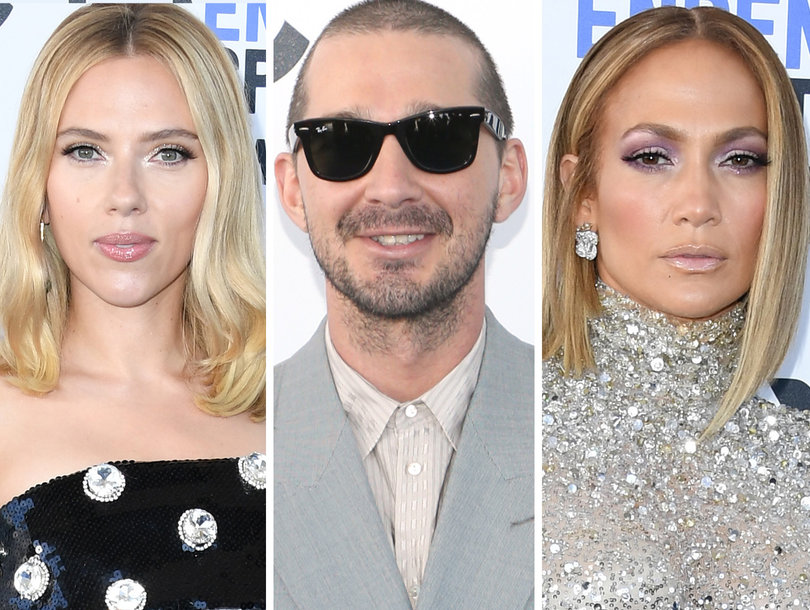 Whether playing a woman, a man, a fabulous drag queen or even himself, RuPaul proved one of the most versatile hosts to ever take the “Saturday Night Live” stage — so why did it take so long for him to host?

Not every sketch was a winner but there was only one genuine stinker on the night (and that includes a pretty solid bit that was cut for time — don’t worry, we’ve got it for you below). RuPaul didn’t bring the best episode of the season, but it was one of the most consistently entertaining.

We’re a little surprised they didn’t rope musical guest Justin Bieber into a sketch performance, but if we’re being completely honest, he looked pretty nervous as he took the stage both times, though his confidence grew through each song.

The cold open debate featured the returns of Larry David, Rachel Dratch and Jason Sudeikis in their usual roles, while Fred Armisen still managed to sneak in an appearance as Michael Bloomberg even without appearing on the stage.

As usual, we’re ranking all the sketches from worst to first, including the Monologue, Cold Open, “Weekend Update” and any sketches that were cut for time but made their way online. We’ll skip the musical guests, because they’re not usually funny – unless Ashlee Simpson shows up. We wrap up with a look at the cast-member who had the strongest week.

Aidy Bryant and Kate McKinnon are two old women sharing an apartment in NYC, reminiscing about the good old days under Rudy Giuliani in this cable access style show. RuPaul dropped by as their husband (yes, they were both married to him). But while everyone hammed it up in character and was clearly having fun, the whole sketch was way more successful in its costuming than its humor. Everything fell flat.

Ru kept it short and sweet but with all of his usual charm in a delightfully straightforward monologue. He described drag with so much jargon, the queen in the second row might have actually gotten lost, joked about his time in New York back in its seedier days in the ’80s (“but it wasn’t all good”) and even offered some sincere words about the power of love, kindness and just calming the hell down. Seriously, Ru should have his own talk show (again); he’s inspirational, smart, funny and sincere. And he looks good in everything!

Kyle Mooney as the teenage son getting absolutely incensed at Ru and his family’s inability to follow basic charades rules was probably the highlight of this sketch that saw Ego Nwodim, Chris Redd, and Kenan Thompson just going over and over again. Turns out, no matter what rules you subscribe to, they were very good at the game, but it was all too polite and fell rather flat overall. Even with the last movie, the fact it had 14 words in the title actually narrowed it down to basically one, so the Marlon Wayans impression was superfluous. There was potential here, but it never quite materialized.

While it was fun to see the usual players return for another installment of “SNL” debate time, this one didn’t really offer up anything fresh or fun to say. They barely touched on the Ohio debacle at all and really didn’t dig deep into any of the issues or concerns with any of the candidates (or even Trump’s acquittal). This was about as safe a debate as you can get repeating the same talking points just like the candidates do. In other words, while it had its humorous moments, it wasn’t as funny or as barbed as it could have been and quite frankly, probably should have been.

The Future of Drag

Pete Davidson’s Chad (“Okay.”) stepped into something even more bizarre than the fantasy land from a couple seasons ago when he discovered himself the future of drag. Ru was fabulous, showing every bit of what makes her the queen of drag for the past three decades, but there was something bizarrely compelling about how completely she was able to transform Chad with the right look. We also love the over-the-top video production values coupled with Chad’s malaise, creating a brilliant package, a brilliant look and one inept drag queen. Alas, Ru may have to keep the search open for the next great drag queen, but RuChad was fun while she lasted.

A combination of acquittal and that infamous pic of Trump failing to blend (honey, blend!) properly was the perfect kick-off to the WU response to Trump’s response to being acquitted and the Mad Lib State of the Union touting the creation of the Space Force and giving the Medal of Freedom to Rush Limbaugh. With that, Trump’s Chiefs debacle and Ohio’s caucus voting issues, it was almost too much material, but they stayed on top of it with great content. “Say what you want about Rush Limbaugh,” Michael Che said. And then after a beat, “Oh, that’s it,” Colin Jost added before moving on..

While her impressions were solid enough, Chloe Fineman’s sheer exuberance at sitting there and doing her thing was what made this segment so sweet and fun to watch. She was clearly thrilled to get this chance to showcase some of her impressions and comedic talents as herself in her first year on “SNL,” and even had fun doing a Scarlett Johansson impression in front of Colin. It was more sweet than funny, but she did have us smiling along with her.

“Good job getting gym canceled, you fat losers,” Colin said in the second news segment covering everything from California considering dropping fitness tests to the return of McDonalds’ Shamrock Shake to yet another attack on mascot Gritty. The guys nailed it this week, with much stronger jokes and delivery. And perhaps more important, they looked like they were having fun, too.

Cecily Strong returned as Cathy Anne (who screams outside Che’s window) to talk acquittal for her 21st birthday. Actually she just rambled on about how insane and disgusting her life is, but this is one of Cecily’s most seasoned characters by now, and she always brings it. We’d probably cross the street to avoid her, but Cathy Anne is always good for an uncomfortable laugh.

RuPaul teaches a group of grade school parents and their kids the Ru meaning of the word “read,” as it applies to the world of drag. With its own lexicon (as hinted at in the monologue), there were so many ways they could have explored drag language in the real world, but we kind of love Ru trashing the characters on the covers of classic children’s books. The premise was just that thin, but Ru was giving all the shade like these were real girls dressed up for their undressing.

Ego Nwodim got a recurring character with the return of her thirsty cop, this time partnered with RuPaul. Their target-slash-victim this time around was Pete Davidson, who could not stop giggling as they gushed all over him with their dirty talk. There were added laughs with Ego and Ru trying to determine which team he played for, and then Kate McKinnon showed up with extra sauce and Pete almost lost it completely. But with this character, stopped for no reason other than being hot, he gets a pass for clearly enjoying the attention.

Ru went with a simpler drag for this live sketch (because real glam would probably take longer than they had during one pre-taped sketch). In its own way, it was powerful to see her in a more subtle drag simply being a female in a sketch without being a drag queen. It further exemplified her overall talent and diversity as a performer. In fact, she and Cecily Strong were absolutely sensational as incensed co-workers, embarrassing the hell out of Heidi Gardner (who gave great face throughout) even as they stood up for her over an evil split of the bill. Oh, we’ve all been there, but it’s whatevs, right? It was relatable and yet so ridiculous and we could watch Ru and Cecily take someone down all day!

As the episode crawled to a close, it was clear something was going to get cut, but we’re so glad “SNL” threw this one online as it was great seeing Bowen Yang face off against RuPaul in the bitchiest fight this side of … well, “RuPaul’s Drag Race.” The randomness of it taking place in a coal mine only added to the absurdity of it, as did the four macho coal miners watching it and commenting as if it was a vicious brawl, rather than two queens sipping tea and then spilling it all over one another. The whole tone was perfect, and it was clear Ru and Bowen were having a blast squaring off over nothing. We’re assuming they didn’t know they were going to cut it until “The Old New York Show” was already on, because this was a much stronger piece than that dud.

The slow-burn escalation — or collapse — of Beck Bennett’s dad character throughout this upbeat Bop-It parody commercial was played to perfect by Beck and his two hapless children. But it all came full circle when Heidi Gardner showed up as his ex-wife in a clearly strained custody situation. Yeah, a silly game commercial went there and got very real, as Beck’s obsession with the game both delighted and horrified his kids and hinted at the depths of his failings as a husband and father. Seriously, the layers on this thing through to his final moment along with the game was perfection.

PLAYER OF THE WEEK

The newer players had more of a chance to shine this week, with Chloe Fineman scoring her own “Update” segment, and Bowen Yang returning as Andrew Yang for the cold open and then getting super bitchy with RuPaul in a cut sketch.

Beck headlined our top sketch of the night, but fell more into that Mikey Day solid supporting character slot most of the night. Kate McKinnon was her usual monster on the show, nailing Elizabeth Warren in the open, but we’re going a different direction this week.

And while we were all ready to give Ego Nwodim the nod for her brilliant take as the thirstiest of cops, along with her Charades dominance, or even Heidi Gardner for her brilliant reactions at dinner, and frustrated mom in the fake Boop-It ad, we have to give — by the slightest of edges — the nod to Pete Davidson.

Absent much of the season, and hardly appearing on the show when he is around, he brought three rock-solid performances this week, including the debut of the character we have officially dubbed RuChad (sorry Ru!). Despite being a little giggly himself, Pete still brought the laughs each time we saw him.