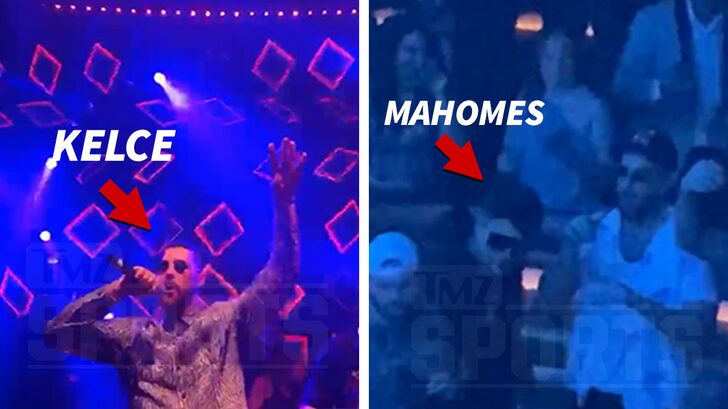 Patrick Mahomes and the Kansas City Chiefs are still celebrating their Super Bowl win … damn near 7 days after beating the 49ers in Miami.

Patty, Travis Kelce and a bunch of the guys from the team were down in Sin City over the weekend — where they kept the party going in at last two different clubs on the strip. On Friday, the Chiefs players were at JEWEL Nightclub at the ARIA resort and casino. 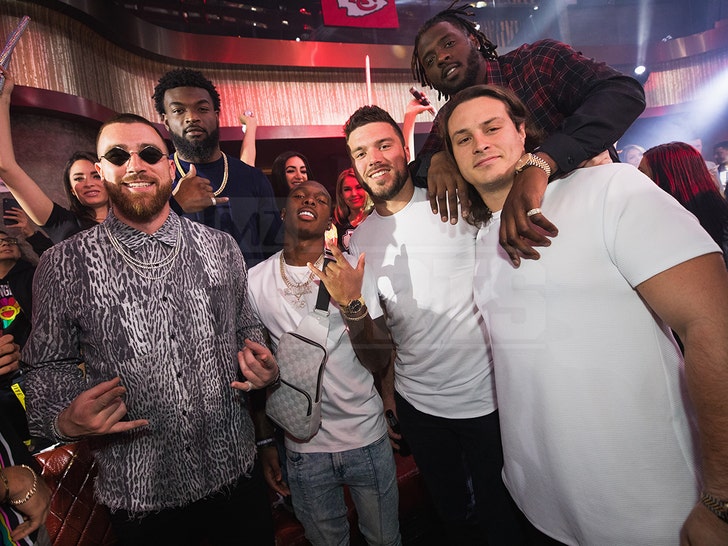 Looks like they were the center of attention, and were in good company too. Girls were doing shoulder rides and waving around Chiefs signs and flags. Some of the other players who came out … Damien Williams, Mecole Hardman, Blake Bell, Cam Erving and Austin Reiter. 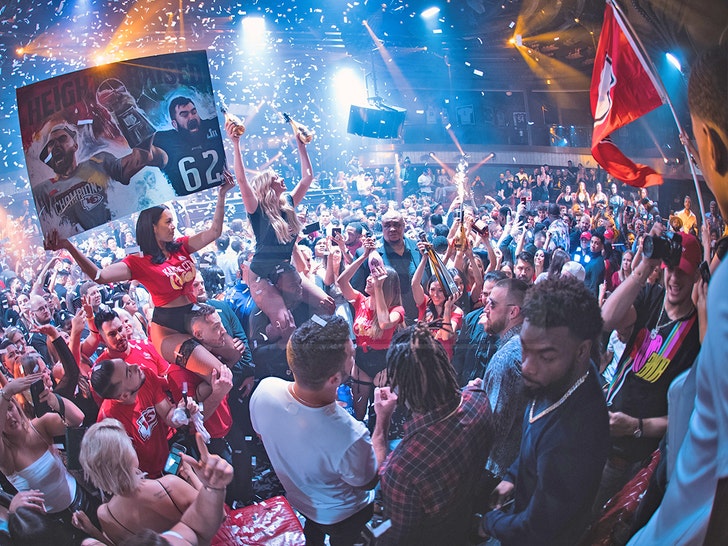 On Saturday, the boys in red bounced on over to OMNIA Nightclub at Caesars Palace, where a Steve Aoki concert was being held. We got some footage from inside … looks like the fellas were vibing and feeling themselves.

That’s sorta been the temperature all week for them. It feels like they’ve been non-stop partying since last Sunday — be it in K.C. itself or in Miami. Viva la victory.