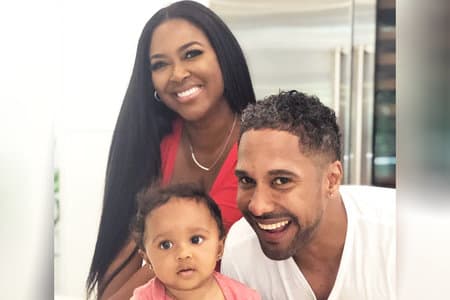 Kenya Moore and her husband Marc Daly have reconciled, MTO News can confirm. Marc and Kenya separated last year, less than one year into their marriage.

Although their sudden split took fans by surprise, it did not come as a surprise to fans that they would struggle in their marriage. Kenya and Marc married just a few months after they met, and got pregnant right away. The two were forced to learn about each other, married life, and a new baby all at once. On top of it, the challenges in their relationship were filmed by Bravo, and broadcasted to the world.

Here’s a preview of Kenya and Marc working to make their marriage work, coming up on tonight’s episode of Real Housewives Of Atlanta:

How can we be so sure that the two reconciled? Well because someone spotted them walking in Atlanta together, holding hands and looking very much like a married couple.

We hope the two can truly save their marriage: