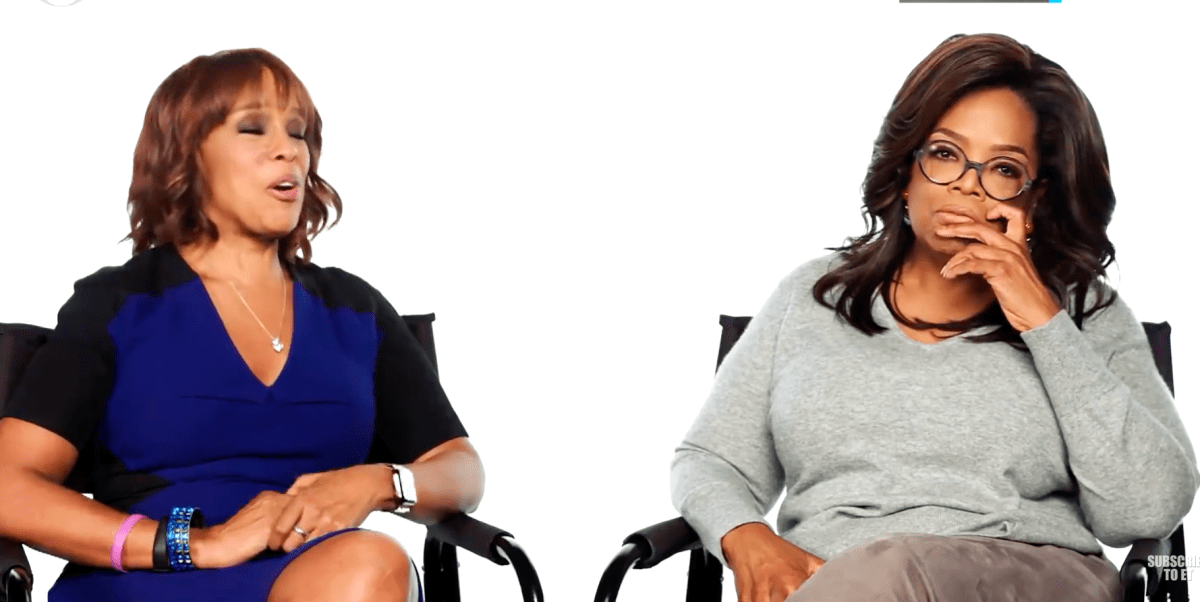 Oprah Winfrey and her best friend Gayle King has been going viral in recent days, Black people are criticizing the billionaire – for appearing to deliberately inflate sexual abuse allegations against Black men, while minimizing allegations against her powerful White male friends.

First, Oprah interviewed Micheal Jackson’s accusers from the Finding Neverland documentary and was criticized for providing the men with a platform for allegations that had been previously found to have a variety of holes and inconsistencies.

Second, she became the executive producer of “On the Record” a documentary detailing the stories of three women who say they were sexually assaulted by Russell Simmons; stories which many believe are also filled with holes and inconsistencies.

Eventually Oprah withdrew from this project citing creative differences with the makers of the film, but is still heavily criticized by Black Twitter for her participation in the film and her failure to “keep that same energy” for white men in Hollywood who are accused of similar crimes or offenses.

And most recently, her best friend Gayle conducted what many would consider to be a very disturbing interview with former WNBA player Lisa Leslie. In this interview, Gayle bombarded Lisa, a close friend of Bryant, with questions about a rape claim brought against him nearly 17 years ago. In that case, Colorado prosecutors did not believe they had not enough evidence to bring forward a case against Bryant which is “proof beyond a reasonable doubt” and withdrew the case against him. Yet in the interview, Gayle not only persisted with questions about the rape case but seemed to believe Bryant was guilty based on her tone and her responses to Lisa.

So to get back at Oprah, people are now digging into Oprah’s past – and are bringing up some of her darker moments. Including her admitted crack use and, as Kitty Kelly’s tell all book about Oprah alleges, that she was once a “prostitute.”

In 1985, Oprah admitted on her show that she used to smoke crack. Here’s a report from back then:

Talk show hostess Oprah Winfrey broke down during a taping Wednesday of her show and admitted that she smoked crack cocaine when she was in her 20s.

Winfrey, 40, was interviewing four mothers who had experienced problems with drugs when she turned to one of the guests who had admitted smoking crack and said, “I did your drug,” the newspaper said.

In 2011, Kitty Kelly wrote a biography about Oprah Winfrey. Her book was described as “reveals [secrets] regarding Oprah’s life as a ‘teenage prostitute’.”

Twitter has latched onto these two dark periods in Oprah’s past, and are trying to use them to discredit her: