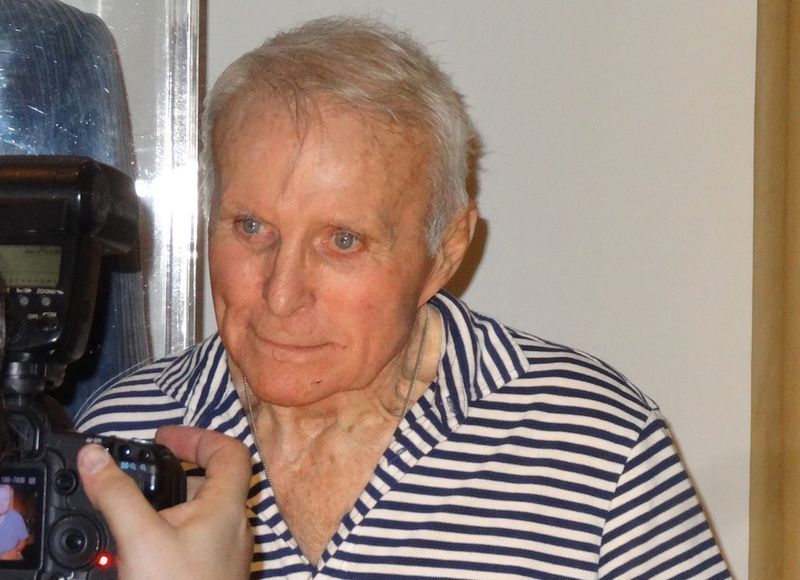 Providing no details of Conrad’s passing, Ballard said in a short statement, “He lived a wonderfully long life, and while the family is saddened by his passing, he will live forever in their hearts.”

Conrad was born in Chicago on March 1, 1935, to teen parents, striking out on his own when he was just 15 himself. He worked in manual-labor jobs, which developed the physique that would later be his calling card. Studying acting in college, his first paid gig was impersonating the late James Dean — the anniversary of whose birth fell on the day of Conrad’s death — at a 1956 showing of the film “Giant.” He was told he resembled the movie star, becoming so fascinated he wound up visiting Dean’s grave, where he met actor Nick Adams and moved with him to L.A in search of Dean-like fame.

Under contract to Warner Bros., he clicked with TV fans as slick, dreamy Tom Lopaka on the smash “77 Sunset Strip” (1959), leading him to reprise the character on over 100 episodes of the popular spin-off “Hawaiian Eye” (1959-1963), starring his close friend, blonde starlet Connie Stevens.

He said of his work on the series, “My acting was, for a 22-year-old young man with no experience, it was like boxing — I was a novice, it was a novice performance, but I was in the ring, I was doin’ it.”

During this time, Conrad also cut records in a failed effort by Warner to launch him as a pop idol, none achieving hit status.

Conrad achieved a new level of fame as Jim West, a wise-cracking, womanizing Secret Service agent plying his trade in an alternate Victoria Era rife with futuristic gadgets, on “The Wild Wild West.” The pitch: “James Bond on horseback.”

Conrad was routinely sewn into his colorful wardrobe, and did most of his own stunts, much to the detriment of his health. Nearly dying in a fall during filming, he was later inducted into the Stuntmen’s Hall of Fame.

His physical strengths were lightly parodied by his co-star Ross Martin, who once said, “Robert does his own stunts, and I do my own acting.” Conrad embraced the assessment.

After a successful run (1965-1969), the series was canceled when tastes turned to less violent fare, but spawned two TV movies, “The Wild Wild West Revisited” (1979) and “More Wild Wild West” (1980). Conrad was no fan of the 1999 theatrical adaptation starring Will Smith, telling The Chicago Tribune it was “silly.” He later cheekily accepted a Razzie Award on behalf of the film.

Along with many episodic-TV appearances, some failed series, and a handful of movie roles, Conrad next landed in the series “Black Sheep Squadron” (1976-1978) as Maj. Greg “Pappy” Boyington. While anchoring the show, he made eight appearances on the “Battle of the Network Stars” specials (1976-1983), promotional concoctions that pitted each network’s fittest actors and actresses against each other in a variety of endurance challenges — swimming, track, obstacle course, tug-of-war — all while clad in the tiniest of swimwear. Much was made of Conrad’s advanced age (he was just past 40 when he first appeared) and he sent up his legendary ego on the shows, but was also a serious competitor who would not hesitate to contest unfair calls that put his team at a disadvantage.

During this same period, Conrad appeared in a series of iconic Eveready Battery commercials, placing a battery on his brawny shoulder and saying directly to the camera, “I dare ya to knock this off. C’mon… I dare ya,” playing up the product’s longevity and strength.

In the late ’70s and throughout the’80s, Conrad specialized in TV movies and miniseries, including an acclaimed performance in “Centennial” (1978) and playing, for his own production company, G. Gordon Liddy in “Will: The Autobiography of G. Gordon Liddy” (1982). He continued working sporadically until his final TV performance, on “Nash Bridges” in 2000, and his final film, 2002′ “Dead Above Ground.”

Conrad at The Hollywood Show in 2013

Convicted of drunk driving in 2004 after a crash the previous year, he was partially paralyzed for the rest of his life. In his later years, he made a 2013 appearance at an autograph show and hosted a radio show called “The Lounge with Robert Conrad.”

Married and divorced twice, Conrad is survived by his eight children and 18 grandchildren. A private service will take place March 1, on what would have been his 85th birthday.