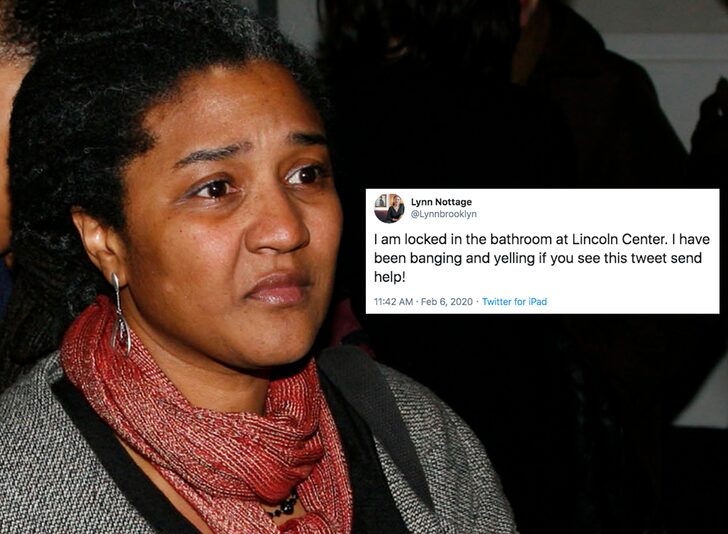 Lynn Nottage — a notable playwright — suffered one hell of an ordeal getting locked in the bathroom at the Lincoln Center. And, thanks to her Twitter fingers … she got help getting out!!!

Nottage — the only woman to have won a Pulitzer Prize for drama twice — didn’t mince words when she tweeted Thursday morning to her nearly 20k followers she’s locked in the bathroom, saying, “I have been banging and yelling if you see this tweet send help!” 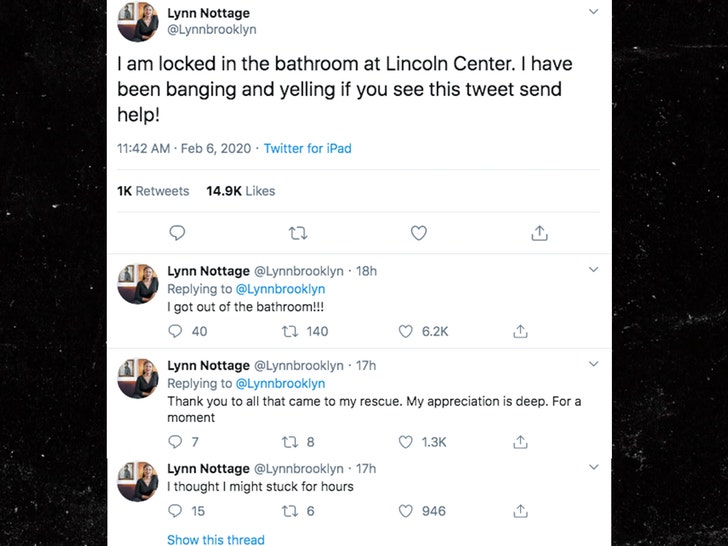 Worth noting … it appears she’s tweeting from an iPad. Anyway … about 13 minutes later the Lincoln Center’s official account tweeted, “All is well! Thank you everyone for the speedy response. Lynn has been found and rescued. On with #IntimateAppaarel rehearsals!”

Yeah, that’s the current opera being produced at the famous theater. Lynn — who won a Pulitzer for her plays “Sweat” and “Ruined” — is producing the show’s libretto.

What’s libretto you jabronis may be asking … it’s the text of an opera.