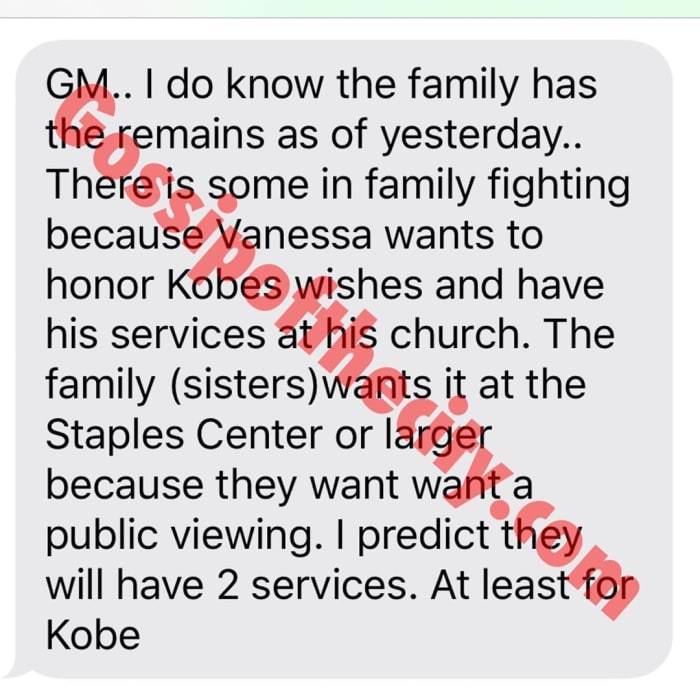 There’s a troubling new online report, suggesting that there is some friction in the Bryant family – over Kobe’s funeral arrangements.

Kobe Bryant is survived by his wife and three daughters. But he has other family. Kobe was close with his two sisters, and want to have a say in his funeral arrangements.

According to an IG blog, Kobe’s nuclear family and his wife Vanessa are at odds – on exactly how Kobe is to be laid to rest.

The blog claims that Vanessa would like Kobe’s funeral to be in Catholic church. Kobe and Vanessa are practicing Catholics, and belonged to Our Lady Queen of Angels Catholic Church in Newport Beach, Calif.

But the blog claims that Kobe’s sister’s want a much larger funeral, where the entire city of Los Angeles can be a part of it. Kobe’s sisters are reportedly pushing to have his funeral held at the Staples Center.

Here’s the tea, they received from a person allegedly close to the Bryant family: