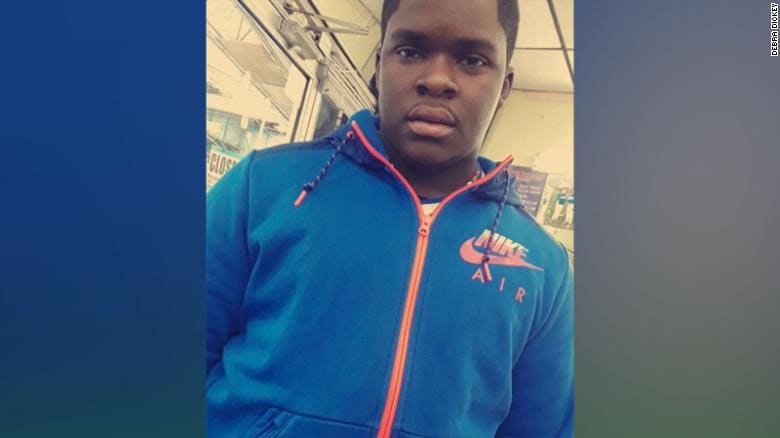 A teenager from Brooklyn NY was shot and killed on Facebook Live on Wednesday. And now police are trying to find the teen’s killer.

Here is the video of the killing

The incident occurred in the Brownsville area of Brooklyn. Police received a call of a shooting, and .when they arrived at the scene, officers found 19-year-old, Jeremiah Dickey with a gunshot wound to his head.

Police say that they took the teen to a local hospital, where he was pronounced dead,

The police later learned that the incident was captured on livestream. It turns out hat Jeremiah was on Facebook Live when he was murdered. The video has continued to circulate online, and has now been viewed more than 10,000,000 times.

In the video, Jeremiah could be seen rapping along to a song for about 35 seconds. He appeared to be indie a car. Then, Jeremiah is startled by something or someone, and looks  around. Five continuous gun shots are then heard ringing through the air.

“I just miss my son,” Debra Dickey, Jeremiah’s mother, told CNN. “I shouldn’t have to be sitting here sobbing while they’re still out there running free.”

Here is the video of the killing