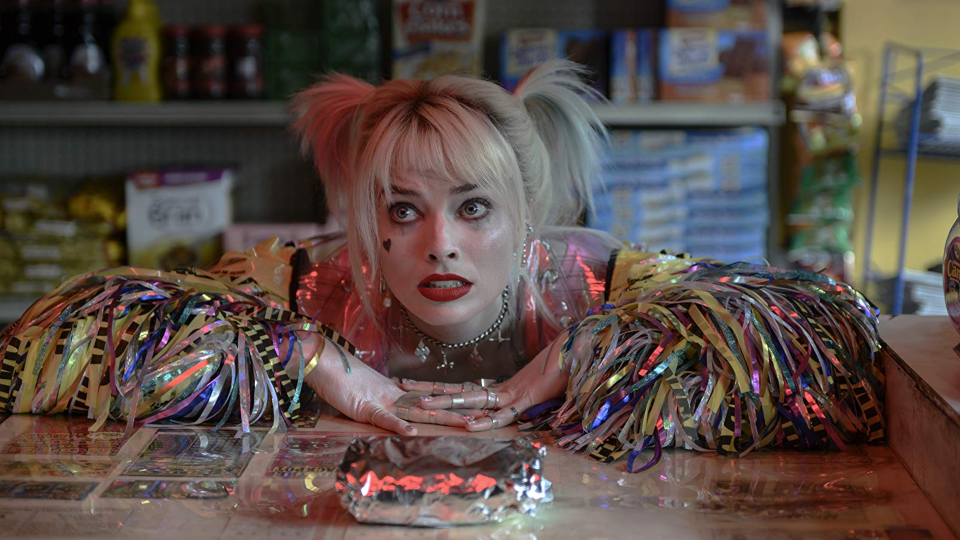 Margot Robbie is an Oscar nominee, a former soap opera star and a DC super villain. Her versatile career has made her one of the most sought-after young actresses in Hollywood. What else is sought-after? Margot Robbie’s net worth.

For those who are unaware, Robbie stars as the lead of the the recent DC Comics superhero movie, Birds of Prey (and the Fantabulous Emancipation of One Harley Quinn). She, obvi, plays Harley Quinn, Joker’s (ex?) girlfriend who becomes involved with a dangerous crime lord called the Black Mask, who’s on the hunt for an expensive diamond. Along the way, Harley befriends heroes and antiheroes like Black Canary and Huntress, as well as the future Batgirl, Cassandra Cain.

But before Birds of Prey, before her Oscar nomination and before the buzz from Hollywood veterans like Brad Pitt, Martin Scorsese and Leonardo DiCaprio, Robbie was an soap opera star on the Australian soap Neighbours. So how did she go from here to there? And what does she make for her movies? We scoured the internet for those answers, and whew, if Robbie’s net worth is legit, Harley will have to steal a lot of money before she’s ever as rich as her.

Birds of Prey (and the Fantabulous Emancipation of One Harley Quinn) premieres in theaters Friday, February 7.

How Much Did She Make for Birds of Prey?

Variety reported that Robbie made between $9 – 10 million for Birds of Prey. In comparison, Joaquin Phoenix made $4.5 million for Joker and Gal Gadot made $10 million for Wonder Woman: 1984, which comes out in May 2020. Though Birds of Prey isn’t a part of the main DC cinematic universe, $9 to $10 million is still a lot of Robbie’s salary. One reason for her high pay is that Robbie was a producer on Birds of Prey, which would’ve given her an extra credit in addition to her on-screen role.

How Much Did She Make for The Wolf of Wall Street?

Fans of Robbie will remember that her first big film role was in 2013’s The Wolf of Wall Street, where she played Naomi Lapaglia. The film was directed by Martin Scorsese, and Robbie starred opposite Leonardo DiCaprio. Though she had been on the Australia soap opera Neighbours and in the short-lived TV show Pan Am, The Wolf of Wall Street is considered Robbie’s big break. However, she only made a fraction of what she makes today. It’s reported that Robbie only made $347,000 for the movie, which isn’t bad for a new actress, but is much less than what she’s raking in for Birds of Prey. (Still, the number is more than what her costar Jonah Hill made. The actor revealed on The Howard Stern Show that he only made $60,000 for the movie after he accepted the film’s first offer and didn’t negotiate.) After The Wolf, Margot’s salaries rose for films, like 2015’s Z for Zachariah and Suite Française.

How Else Does She Make Money?

Along with Wolf and Birds of Prey, Robbie has starred in blockbusters like Suicide Squad (the predecessor to Birds of Prey), The Legend of Tarzan and Goodbye Christopher Robin. She also has two Oscar nominations: one for Best Actress for 2018’s I, Tonya and one for Best Supporting Actress for 2020’s Bombshell. Along with her acting career, Robbie has also been the face of Calvin Klein and Chanel, as well as has starred in a commercial for Nissan, which only add to her high net worth.

How Does She Spend Her Money?

In an interview with Elle UK, Robbie revealed what she spent her first paycheck on. “When I got to New York for the first time, I took my first paycheck, walked straight into Tiffany’s on Fifth Avenue, and bought an airplane charm that goes on my bracelet. It was the best feeling ever. I got my little blue box, and I got it for myself,” she said.

Robbie’s money sensibility is also why she decided to not attend law school after she graduated at 17. “I decided I didn’t want to spend money I didn’t have, on a subject I didn’t want to do, only to be paying back debt for the rest of my life. Why abide by that invisible rule?” she told The Guardian in 2018.

What’s Her Net Worth?

Ah, the question everyone is waiting for: What is Margot Robbie’s net worth? Well, according to Celebrity Net Worth, Robbie is worth an impressive $22 million. The site also reports that the actress made $24 million between 2018 and 2019 for “various endeavors,” which include her films and brand work.