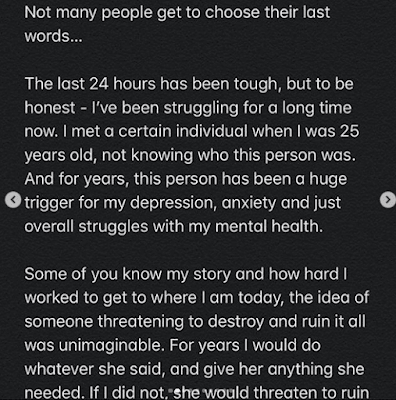 Karrine Stefans, 41, shared the news of her pregnancy during an  interview with The Jasmine Brand. During the interview, she said that she’s in the early stage of her pregnancy and the baby is due in the Summer.

The announcement came out of the blue. Most people had no idea that Everrett, who is a well respected and successful tech entrepreneur, had been in a relationship with Superhead.

And it appears that Superhead’s public announcement – and her speaking publicly about their relationship – may have pushed Everett over the edge.

Shortly after news of his alleged new baby went viral, MTO News learned that a suicide note appeared on Everett’s Instagram. Many who read the post – which refers to an “evil” person – believe the post is referring to Superhead.

Luckily, social media reports say that police arrived before Everrett harmed himself. He’s reportedly been taken to the hospital, and the alleged suicide note was removed from his Instagram.