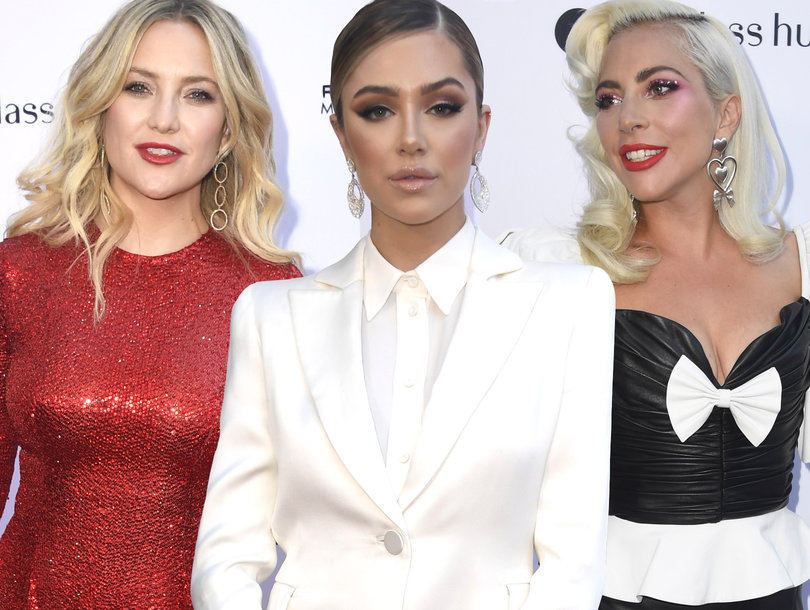 On Friday, Matthew took to Instagram to share an adorable throwback snap from “How to Lose a Guy in 10 Days,” the 2003 romantic comedy starring the two actors. In the scene, his character, Benjamin Barry, argues with Hudson’s character, Andie Anderson, about letting the “love fern” plant she gave him die. He captioned the pic, “that damn fern.”

Hudson commented on her co-star’s post with a crying laughing emoji, before taking the teasing up a notch by putting the pic on her Instagram page with the caption, “that damn fern…? That damn fern?!?! YOU LET IT DIE! ❤️.”

In the beloved film — which cemented the two as bona fide rom-com idols — Andie is tasked by her magazine to get a man to fall in love with her and break up with her in 10 days for a story. Hijinks ensue when the beau she picks, Benjamin, had a bet all his own.

The snap shared was from the scene where Andie crashes the guy’s poker night in an attempt to sabotage it. She suddenly spots the plant she bestowed upon Ben and hilariously overreacts, in an attempt to get him to break it off.

“No, honey, it’s just sleeping,” Ben tells her. “You let it die!” Andie replies, “Are you gonna let us die? You should think about that.”

Back in 2018, Kate and her mom, Goldie Hawn, shared their fond memories of the movie, with Kate revealing how she helped bring the flick to fruition.

“I was very involved in [the development stages],” Kate recalled to ET at the time. “So, to watch a movie I was so involved in from the very beginning and see the success, [it] was awesome.”

Goldie gushed, “It was so great and that’s why it was such a great movie — because it had such great chemistry. You were so great in it, honey.”

Meanwhile, the cute social media exchange between Kate and Matthew has us, and fans, begging for another fun-filled cinematic outing with the two stars.

Check out the clip above to see why!