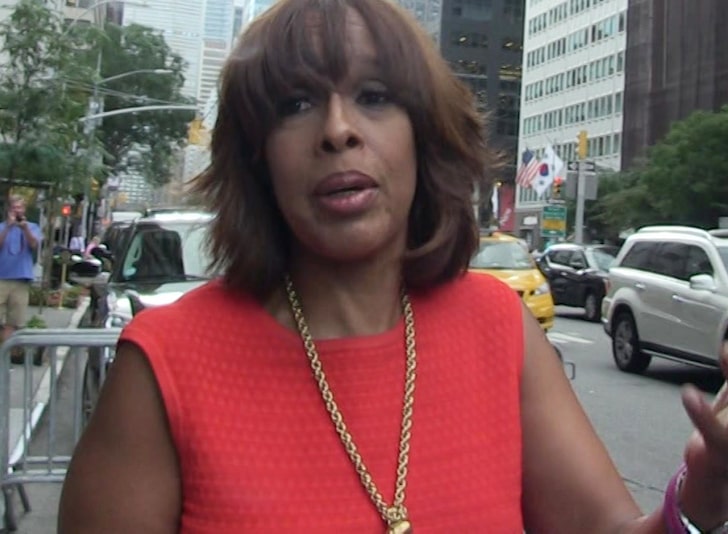 Gayle King got set up to look like an insensitive troll because her network posted a salacious promo  … that’s how some staffers at “CBS This Morning” feel anyway.

Sources connected to the show tell TMZ … some of Gayle’s coworkers are incensed over the backlash she’s getting because a promo clip of her interview with Lisa Leslie about Kobe Bryant, included a question about his 2003 sexual assault case. Lisa pushed back, making it clear … in her book, it’s not relevant to Kobe’s legacy.

We’re told the staffers believe CBS never should have let the clip see the light of day.

.@WNBA legend @LisaLeslie told @GayleKing that Kobe Bryant’s legacy is “not complicated” for her despite his 2003 rape accusation.

“I don’t think it’s something that we should keep hanging over his legacy.” https://t.co/qj6MVvOaqX pic.twitter.com/9qtVORobLO

Gayle was being shredded on social media after the promo ran, and she was beside herself, saying she was blindsided and making it clear … she was going to make her displeasure known to the network. She did just that, and the network folded, saying it erred.

The staffers we spoke with say … the interview is actually flattering to Kobe and covers his achievements in both life and career.

Fact is … CBS and every other network chooses promos that sizzle … promos that will draw people in, and often times it’s the salacious stuff that gets put out. At CBS, you’ll recall, they made lots of news when they released a promo with R. Kelly going off the rails, screaming uncontrollably. The difference between that and Kobe … Gayle didn’t look bad in the R. Kelly promo.

Our sources say CBS failed by not protecting its undisputed star of the morning show. They should have realized the promo — out of context — would subject Gayle to great criticism, but that didn’t happen. CBS promises it won’t happen again.

Our sources say staffers feel the network owes it to its talent to keep them out of messes like this, especially when King’s full interview with Leslie painted a very nice picture of Kobe and his legacy … and should have been the focus of any excerpts.

Our sources say the person who was responsible for the posting the clip has not been fired but feels awful about what transpired.