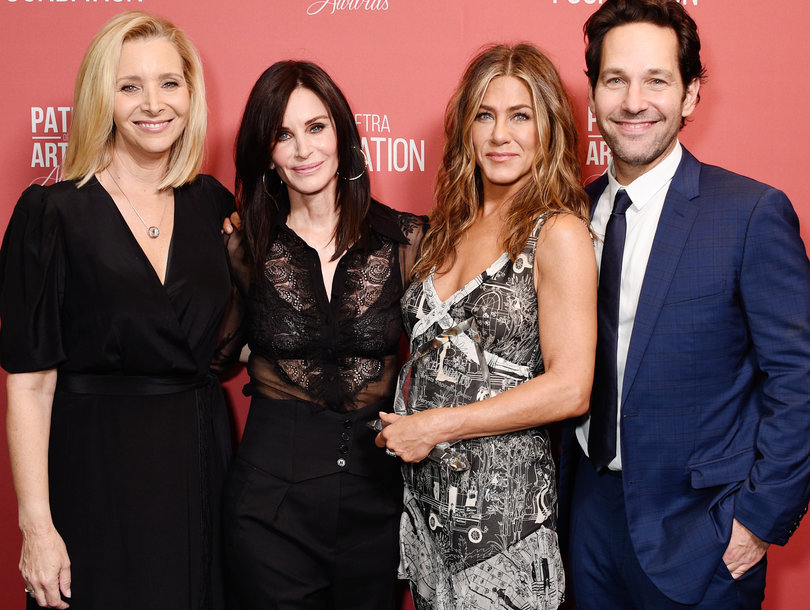 It’s been on and then off and now it may be on again. As first teased back in November, Deadline is now reporting that the entire “Friends” cast is expected to come together for a one-hour reunion special to help launch HBO Max, which becomes the exclusive streaming home for the red-hot classic series.

The news comes as Matthew Perry became the sixth and final member of the cast to join Instagram — though he has not yet posted — and a day after he teased that there was “big news coming” via Twitter.

Could this be the announcement? Perhaps Perry wanted to be on IG to be able to blast the word alongside his “Friends” friends, Jennifer Aniston, Courteney Cox, Lisa Kudrow, Matt LeBlanc, and David Schwimmer.

According to Deadline, it was negotiations with the cast that slowed the process of pulling this reunion together, which is now expected to be an unscripted hour-long special. The sextet is reportedly set to bank $3 to $4 million apiece for appearing in the special, which is about on par with what Netflix has been shelling out for some of its big-name comedy stars.

HBO Max Chief Creative Officer Kevin Reilly was cautiously optimistic when talking at the TCA press tour on January 15, while making it clear that negotiations were proving challenging.

“There is interest all around, and yet we can’t get the interests all alighted to push the button on it,” he said at the time, and it looked like maybe this thing wouldn’t get off the ground after all.

It’s definitely a worthwhile investment for the forthcoming streamer. After shelling out $425 million for the rights to the full ten-season run of “Friends,” this reunion special is just the icing on the cake they need to hopefully lure in as many new subscribers to HBO Max when it launches in May.

Having “The Mandalorian” as part of its launch, along with a few other new projects, was a huge incentive for subscribers to Disney+ even beyond their vast library of content. HBO Max has a similarly impressive library, but fans have been clamoring for a “Friends” reunion since the series went off the air.

And for any fans upset that this isn’t going to be a scripted special or reboot of the series, that was never going to happen. Creators Marta Kauffman and David Crane made that very clear during an anniversary panel Tribeca TV Festival in September.

“The show was about that time in life when friends are your family,” she explained, adding that life changes when your family becomes your family,” Kauffman said.

“We did the show we wanted to do. We got it right, and we put a bow on it,” Crane added.

But even a retrospective look back at the series with the six stars who made it the biggest show on television is worth the price of admission for the millions of fans who watched the show when it first aired and the millions more who’ve since discovered it on DVD and streaming.

“Friends” has arguably the biggest global audience it’s ever enjoyed in its 25 years of existence, as evidenced by the bidding wars for those streaming rights, so any new content featuring the six stars together is going to draw a lot of attention. Just look what happens any time one of them posts a reunion image with any of the others on those Instagram pages.

HBO Max launches in May 2020, and if all goes well, there will be a brand-new hour-long “Friends” special waiting for new subscribers when it does.