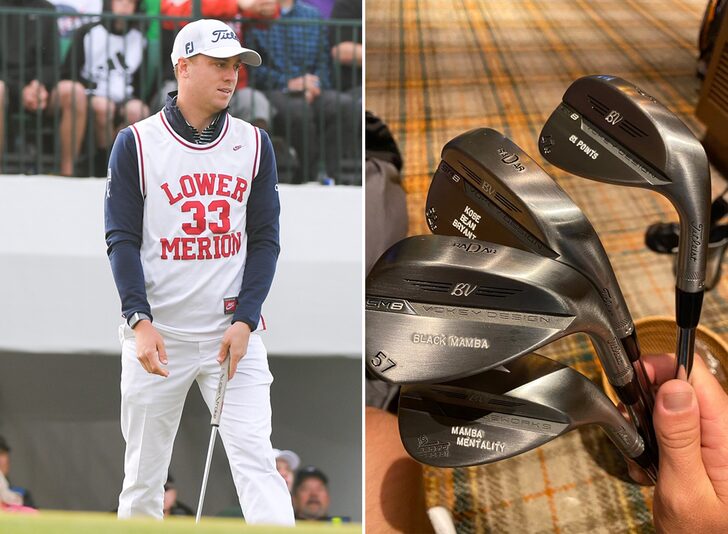 Awesome gesture from PGA Tour star Justin Thomas — the golfer is auctioning off his custom Kobe Bryant wedges … and says the proceeds will go to the families affected by Bryant’s tragic helicopter crash.

Thomas paid tribute to the Black Mamba often this past weekend at the Waste Management Phoenix Open in Scottsdale, Ariz. … even rocking a Bryant high school jersey while playing.

But, his best Mamba ode came courtesy of the clubs he used to shoot … ’cause each of Thomas’ wedges had some cool Kobe-isms etched into the iron.

“Mamba Mentality,” “Black Mamba,” “Kobe Bean Bryant” and “81 Points” were inscribed on his Titleist Vokeys for the four-day tourney.

Now, Thomas — who finished third in the event — says a lucky fan can have them for a price … and says all the money will go toward The MambaOnThree Fund.

Of course, that’s the charity Vanessa Bryant set up to help the families of those killed in the tragic helicopter crash in Calabasas, Calif. on Jan. 26.

Thomas was particularly hit hard by the tragedy … he’s been a noted HUGE Kobe fan throughout his career, famously yelling “KOBE!” before tough shots in the past.

Hey @JustinThomas34 I took this video of you during a practice round at @THEPLAYERSChamp in 2018. You yell Kobe right before you hit your shot, thought you might enjoy this. pic.twitter.com/JDBDovkFxe