Mel B‘s ex-husband is fresh off a major court victory but again he’s coming for a pound of flesh in his custody war with the Spice Girl.

Stephen Belafonte‘s asking the court to grant him full legal and physical custody of their 8-year-old daughter, Madison, claiming Mel B’s all but abandoned her after moving to the UK … this according to new legal docs obtained by TMZ.

Mel’s ex claims he’s been the sole caregiver of Madison for the majority of 2018 and much of 2019.  He says Mel’s ensconced in England and absent from Madison’s life. Stephen also wants Mel to have access to Madison but only in L.A. and only supervised visitation. 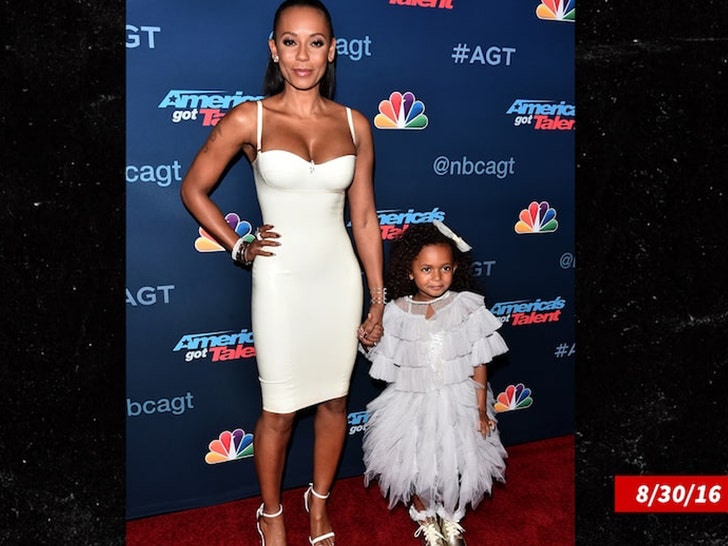 As we reported … Stephen — who has had custody issues with Mel since settling their heated divorce — got a judge last December to block Mel from taking their daughter to the UK for the holidays. At the time … he claimed Madison was afraid Mel would hurt her. He also claimed Mel’s asking their daughter for dirt on him.

Stephen claims he doesn’t want to subject Madison to Mel’s alleged verbal and psychological abuse. He claims he couldn’t get a hold of Mel for days last Thanksgiving and when Mel’s nanny dropped off Madison with Stephen, Madison told him “her mother would make her sit in a dark room and repeatedly question her over and over and demand answers from her.”

Stephen claims this is why Madison “also told me that she was afraid her mother would hurt her.” Moving forward, Stephen wants to make all parental decisions (medical care, schooling, etc.) when it comes to their daughter.

The judge has yet to sign off on Stephen’s request.