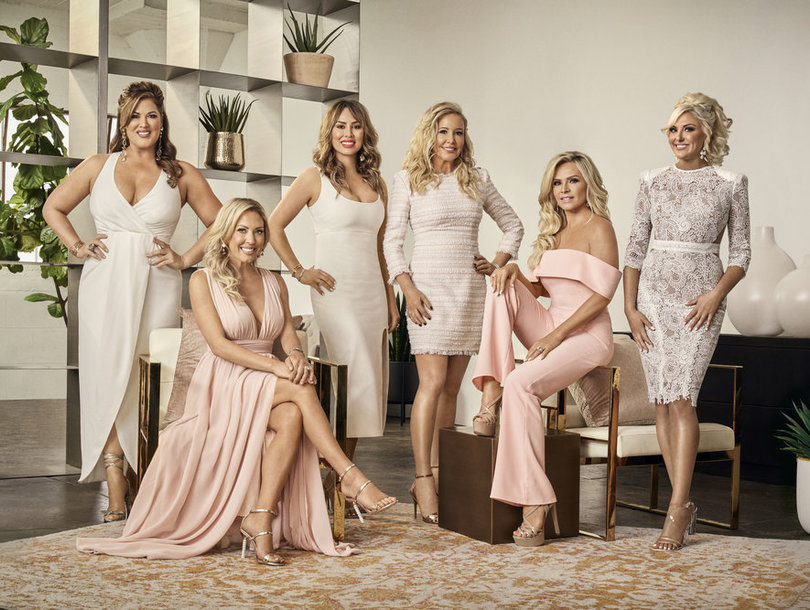 Tamra Judge went on a social media purge after announcing that she was leaving “The Real Housewives of Orange County” after 12 years, and it may reveal the fate of fellow long-time cast member Shannon Beador.

A quick scan of her Instagram page shows that Tamra quickly gave the boot to not only cast newcomers Braunwyn Windham-Burke and Gina Kirschenheiter, but also Emily Simpson, Kelly Dodd and even her long-time friend Shannon. That’s a clean sweep of the entire remaining cast of “RHOC,” which would seem to indicate Shannon is staying put on the show.

Tamra still follows Vicki Gunvalson, who was the OG “Housewife” across all franchises and announced her own departure from the long-running series one day before Tamra’s.

Vicki commented on Tamra’s post, writing, “We have shared so many great and not so great times together and it has been the ride of our lives. Thelma and Louise …. now where do you want to go?!”

As it turns out, Shannon also had nothing but kind words for her pal — despite the unfollow (or perhaps before it) — also responding on Tamra’s post, per Hollywood Life. She wrote, “You will always be my ride or die, soul sister and friend for life. Love you!”

Also on the outs and unfollowed by Tamra are Andy Cohen and even the network’s official page, which could add fuel to speculations that Tamra (and Vicki) already knew they were not going to be offered contracts in the upcoming season.

Other reports say Tamra — who was the longest-running full-time “Housewife” before quitting — was offered the same downgrade to “Friend” that Vicki was very openly angry about at the reunion after she was demoted for this past season. Clearly, Tamra wasn’t down to step down like that.

If Shannon is remaining with the show, she would become the veteran member of the cast, though that could kind of change of Meghan King Edmonds or Alexis Bellino were to return to full-time status. Both women featured as guests in this most recent season, both enjoyed multi-season runs on the show, and both have had wild ups and downs in their lives in recent years.

In the case of Meghan, that’s putting it mildly to say the least as she and estranged husband Jim Edmonds are making more headlines these days for supposed alleged threesomes and affairs than they even did when they were on the show, and we know how much Andy Cohen likes messy.

Meanwhile, Alexis and her ex-husband (as of 2018) Jim are currently battling a large tax debt, while Jim appears to be facing an upcoming court battle with Shannon Beador over unpaid attorney fees, per Yahoo! That’s another messy connection to the franchise, should Andy and Bravo choose to go that way.

Or perhaps it will be more of a total refresh of the franchise, as fans this past season certainly seemed to embrace Braunwyn, with many even siding with her over conflicts with Vicki. In fact, for much of the season it felt like it was the trio of Vicki, Tamra and Shannon against the rest of the fresher cast.

Maybe that’s a hint at the changes to come, but only Bravo and Andy know for sure!