The New England Patriots QB cracked a little joke at the WR’s expense on social media Tuesday … flashing a bottle of his TB12 Electrolytes with the caption, “[Edelman] it sounds like you need some of this.” 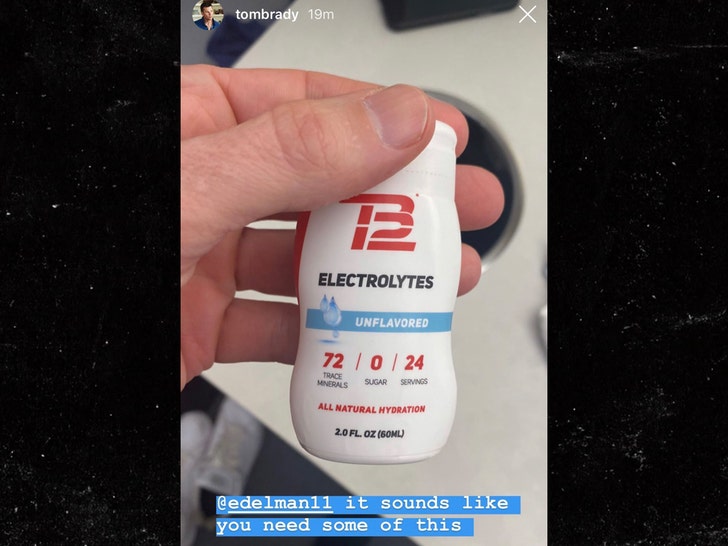 TMZ Sports broke the story … Brady’s favorite target (and last year’s Super Bowl MVP) was arrested for vandalism Saturday night in Beverly Hills after cops say he jumped on the hood of a Mercedes-Benz.

Our law enforcement sources tell us it appeared as if Edelman had been drinking before the incident. He was partying with ex-Boston Celtics star Paul Pierce and former New England Patriots teammate Danny Amendola earlier in the night. The group had been hanging out at Cantina Frida while the Ravens were losing to the Tennessee Titans in the AFC Divisional playoff game.

So far, Edelman hasn’t commented publicly about the arrest … but it’s clear his QB doesn’t think it’s that big of a deal, or he wouldn’t be clowning the guy about it to his 7 million IG followers.