Iggy Azalea and Playboi Carti look very much back on after what seemed to be a brief break-up and an apology to cap off the year — ’cause they’re leaving her homeland together.

The rappers were spotted Sunday at an Australian airport, where they were getting outta Dodge after PBC performed for the Falls Festival in Fremantle. He was booked for the music fest, she wasn’t … but that doesn’t mean IA wasn’t front and center for her man. 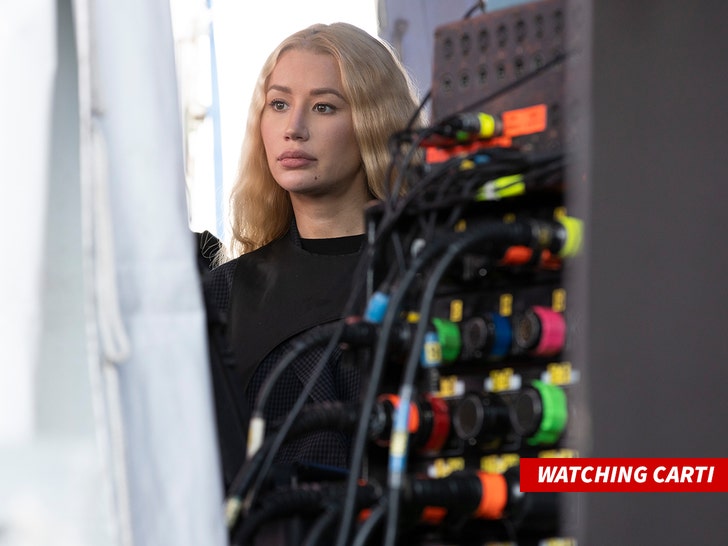 She posted concert footage of his set, where she was also seen watching from the side of the stage pretty attentively. Sure looks clear … everything’s all good between them again.

The reunion comes about 2 weeks after Iggy posted a not-so-cryptic message on social media declaring, “I’m single.” Shortly afterward, she appeared to backpedal and offered an apology of sorts, explaining she acted in haste and actually loved Carti (real name Jordan Carter).

Of course … all that drama comes on the heels of rumors Iggy was pregnant with Carti’s baby (6 months along, supposedly, and due in March) but she debunked that gossip quickly with a full-body bikini shot. Obviously … she’s nowhere near pregnant.