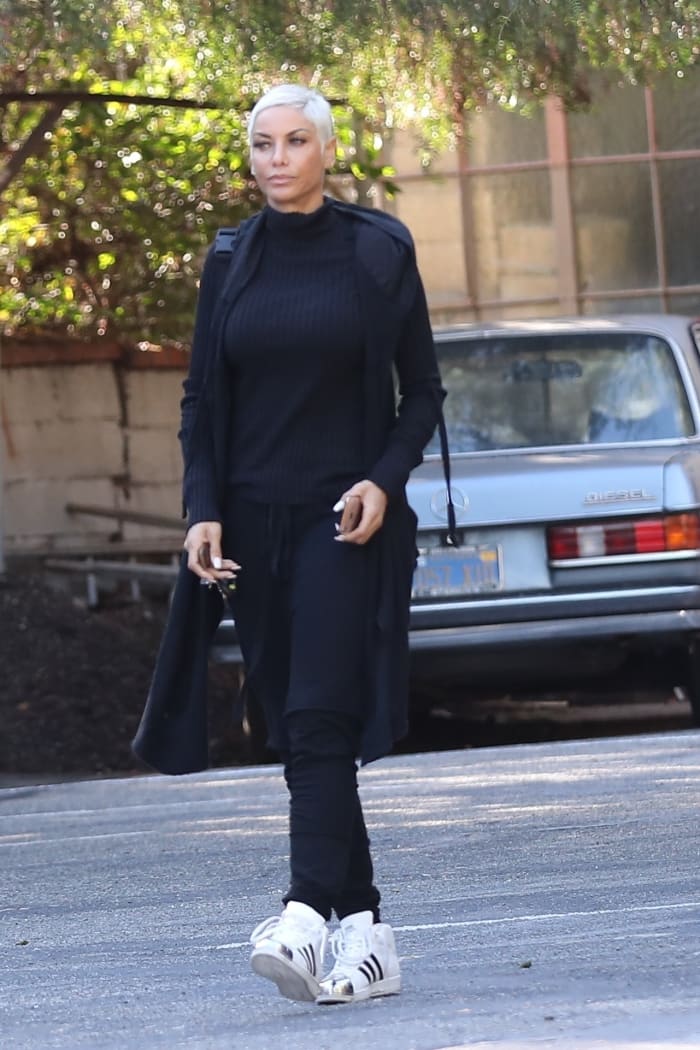 Nicole Murphy turns 52 years old in a few weeks and is looking amazing. Her fans are not only praising her for her beauty but are saying that she looks better now than she did just a few weeks ago.

So much so, in fact, that many are speculating that the reality star beauty may have undergone plastic surgery – possibly even a facelift.

The paparazzi ran into Nicole yesterday. She was showing off her new hair cut and color while out with relatives for lunch at Lucy’s Cafe in Hollywood.

But it wasn’t just her hair that was brand new. Her face looked more youthful, tighter, and less harsh.

By contrast, this is what she looks like a few months ago:

Nicole began modeling at the age of 13. By the time she was 14, Ford Modeling Agency noticed her and signed her to their roster. Through her teens and twenties, Mitchell enjoyed a magnificent modeling career in Europe, working with fashion titans like Valentino, YSL, Chanel, and Ungaro.

Nicole met her future husband Eddie Murphy at the 1988 at the NAACP Image Awards. The two hit it off and after two years of dating, they tied the knot on March 18, 1993 in an opulent wedding at the world-famous NYC hotel The Plaza.

The couple split in 2006, after having 5 children together.