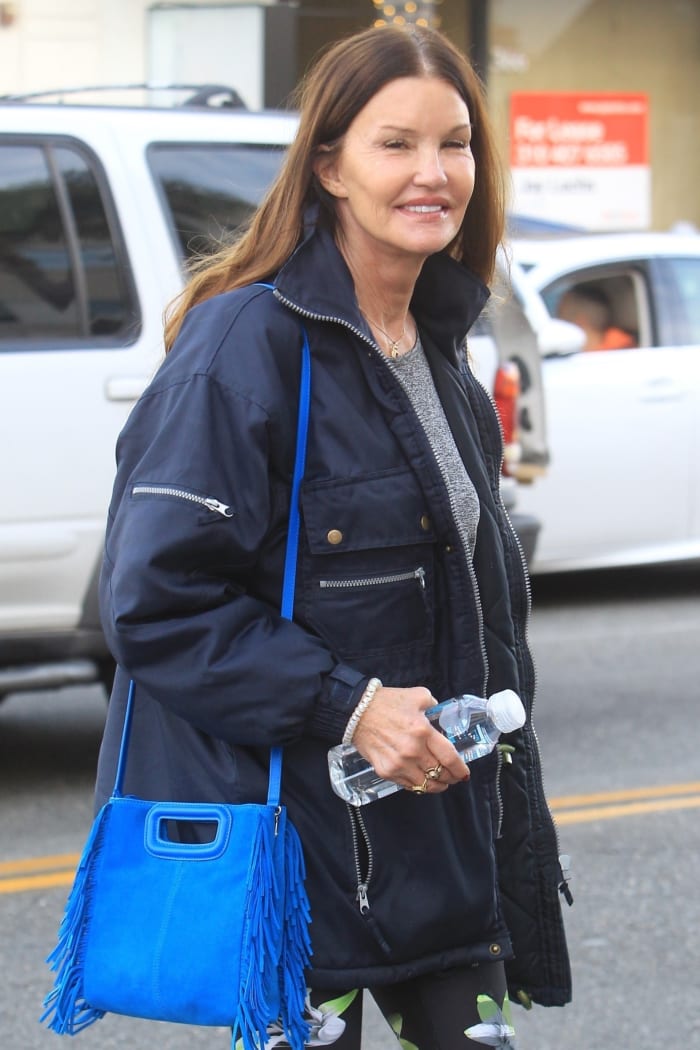 TV personality Janice Dickinson is known for her loud mouth, and her plastic surgery.

Yesterday the paparazzi caught up with the 64 year old Janice in Beverly Hills, sporting a brand new face.

She recently underwent a facelift – and she looks CRAZY.

She first became famous as an international fashion a model,. She has been disputably described by herself and others as the first supermodel.

Janice was one of the most successful models of the 1970s and 1980s, she also served as a judge on four cycles on America’s Next Top Model beginning in 2003.

Janice was fired from the show, after having a behind the scenes feds with the show creator Tyra Banks.

She later opened a modeling agency in 2005, which was documented in the reality television series The Janice Dickinson Modeling Agency (2006–2008).

Dickinson was born in Brooklyn, New York, the second daughter to Jennie Marie (née Pietrzykowski) and Ray Dickinson. Her mother was of Polish descent and her father was of Scottish and Irish ancestry.

She was raised in Hollywood, Florida with her elder sister, Alexis, who became a real estate agent, and her younger sister, Debbie, who also became a model.

Dickinson has been open about the emotional and physical abuse she suffered as a child and teenager, and how her father used to sexually abuse one of her sisters. Of her childhood with her “rageoholic pedophile” of a father, Dickinson stated, “Because I wouldn’t give in and let him have sex with me, I was verbally and physically abused on a daily basis. I was told that I looked like a boy and wouldn’t amount to anything.